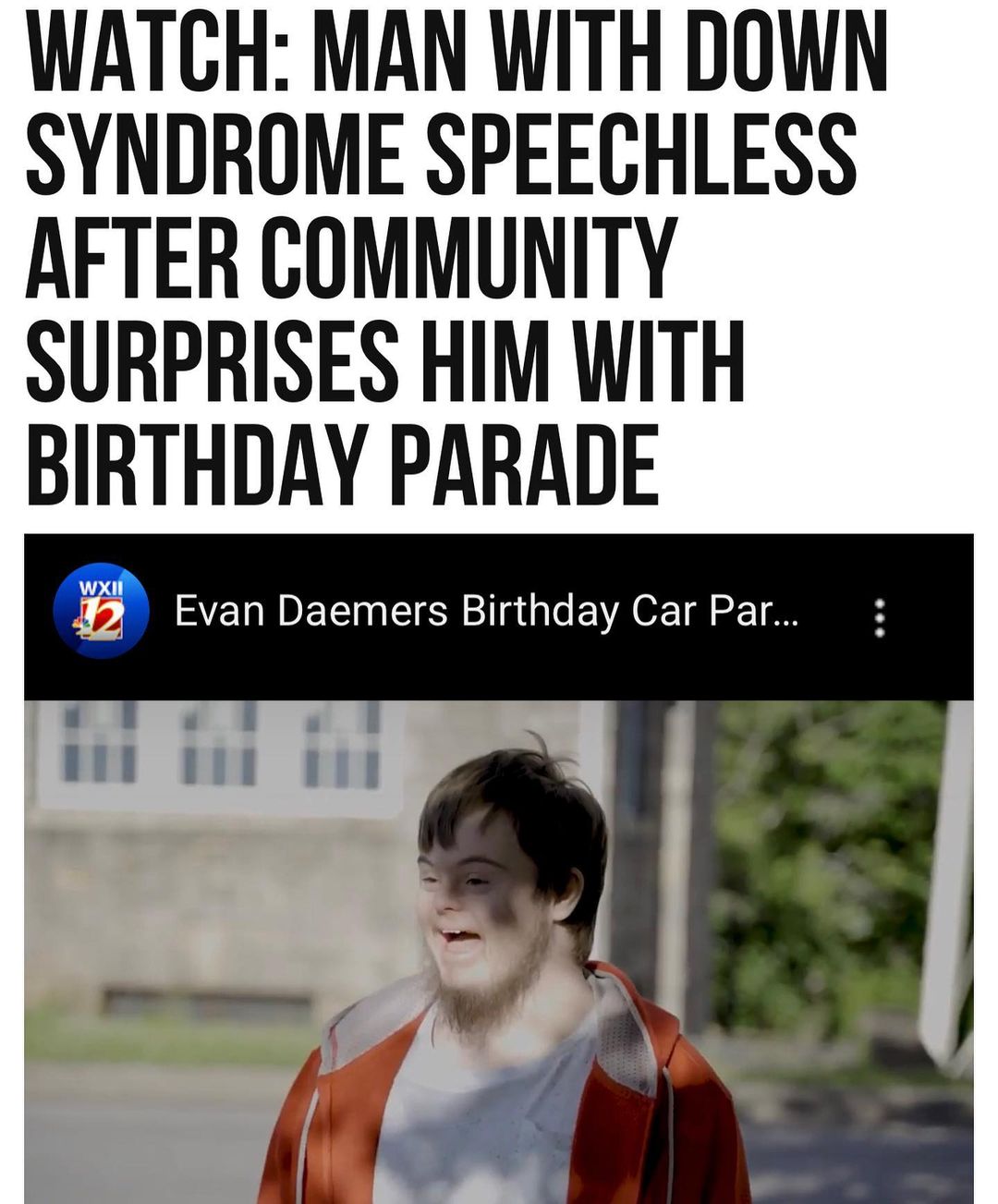 Neighbors in #WilkesCounty, #NorthCarolina, made sure a young man had a birthday to remember on Tuesday.

When the #coronavirus #pandemic ruined Evan Daemer’s plans to celebrate his 23rd birthday at a park with his friends from school and the #SpecialOlympics, his family decided to ask the community for help. “We posted a Facebook status about everyone sending him birthday cards since we were not able to do a party. He received over 70 plus cards and packages,” said his sister, Felisha Daemer.

Since her brother loves cars and birthdays, the Daemer family got the idea to combine the two into one big surprise for Evan and asked their neighbors for help on Facebook. “We then thought a car parade would be perfect for him,” Felisha explained.

Video footage caught the moment when neighbors and friends drove past Evan’s home on Tuesday in vehicles decorated with brightly colored signs and streamers. “People showed up to the parade that we didn’t even know. They just saw the Facebook post and showed up. There were about 15-20 cars packed with people screaming, ‘#HappyBirthday!’ as they drove by,” Felisha recalled. “Evan was so happy to see everyone driving by and wishing him a happy birthday. He even cried from happiness,” she continued.

The #NorthWilkesboro Police Department (NWPD) and firefighters from the North Wilkesboro Fire Department also took part in the surprise parade. “This quarantine has been so rough on everyone. I can only imagine how tough it would be to have a birthday and not have friends and family to gather in celebration. I was happy to participate and help spread a little joy in someone’s life,” said NWPD Patrol Officer Allison Sheets.

Following the event, Evan could not find the words to describe how wonderful his birthday had turned out. “Was that awesome?” Felisha asked as she hugged him and smiled.

Thursday, Evan expressed his gratitude to everyone for making his day so special in a video posted to YouTube. “Thank everybody and their cars,” he said. #binspirednews

Evaluation for SARS-CoV-2 Testing in Animals 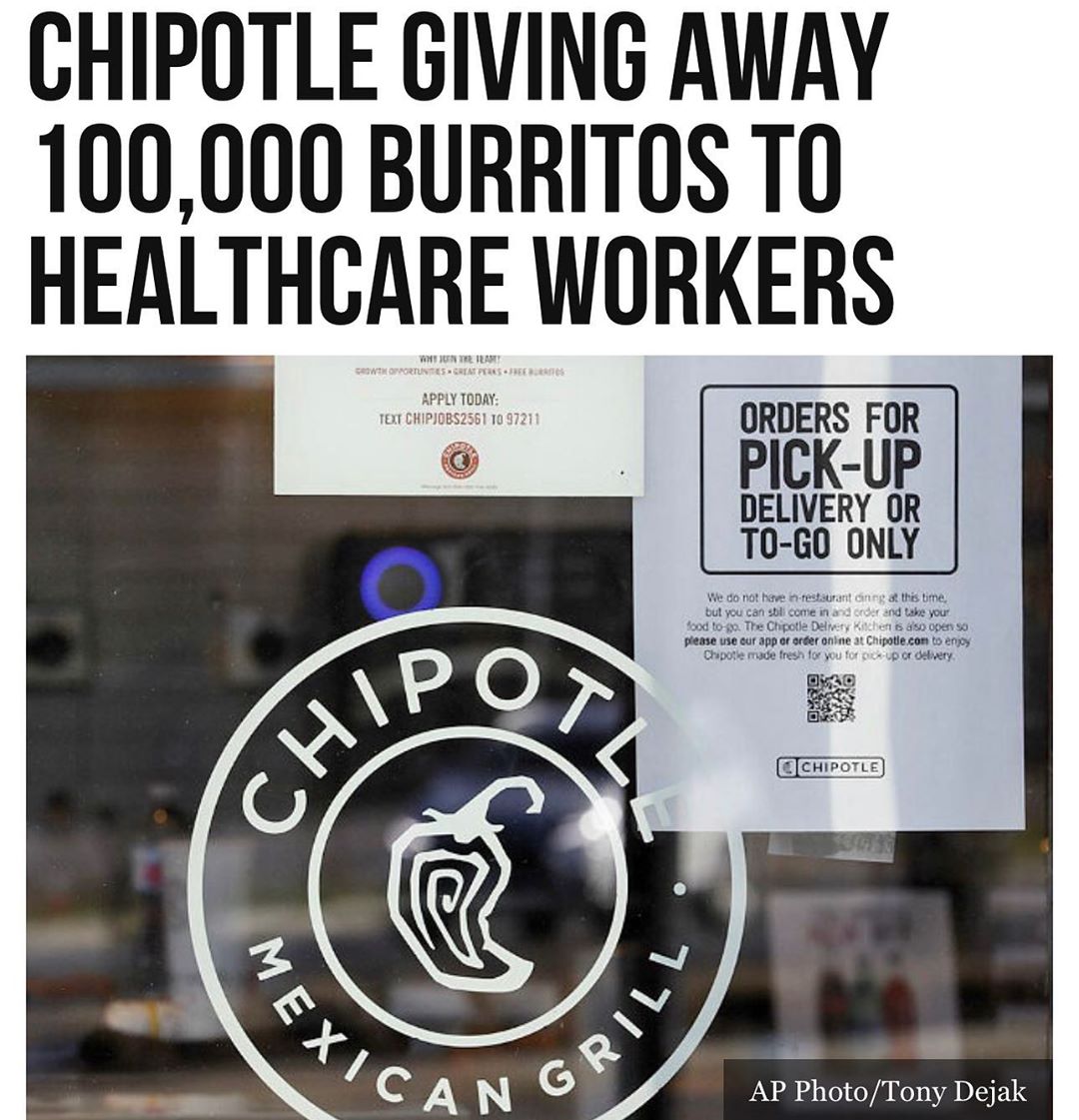 #ChipotleMexicanGrill is giving away 100,000 #burritos to healthcare profession…