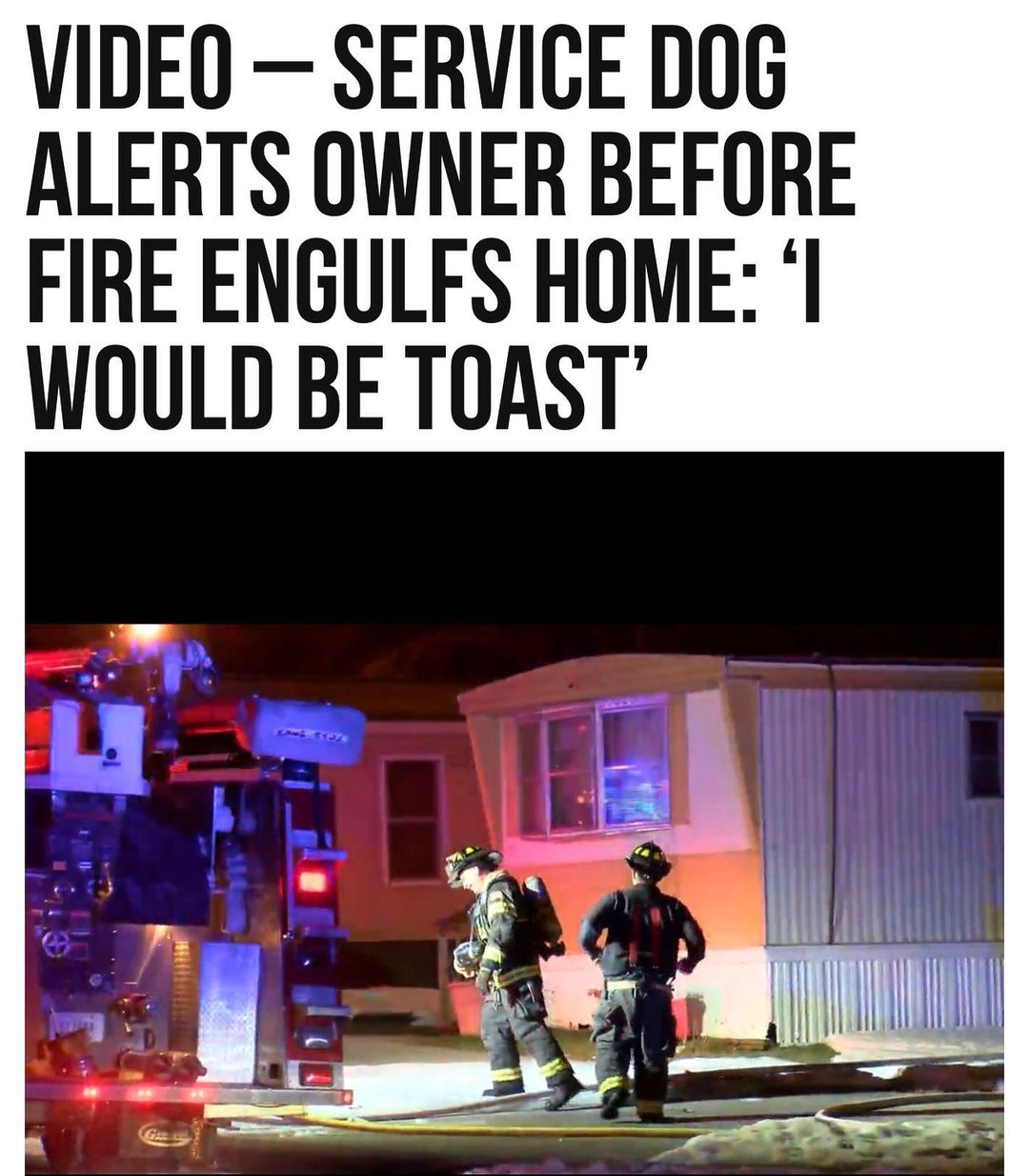 No one was hurt during a fire Thursday night in #Davenport, #Iowa, thanks to a loyal service #dog’s quick thinking.

When the Davenport Fire Department (DFD) responded to Rustic Ridge Mobile Homes at 3010 West 49th Street just before midnight, they found a structure covered in flames, according to WQAD.

Prior to their arrival, resident Ron Milburn was fast asleep but awoke when his service dog, Kenna, tried to tell him something was very wrong.

“I took off my sleeping mask to see what was going on,” he recalled. “The power went out in the bedroom, so I went walking through the trailer to see if there was more power. I looked over and the neighbors had power.”

However, when he went back to his bedroom to look at the breaker switches he noticed the smell of burning rubber.

Milburn went to a nearby gas station to buy batteries for his flashlight to search the room for the source of the odor, but when he returned home it was already too late.

“When I came back and turned to go up the road to get back into the trailer park, all I saw was smoke and flames,” he explained.

Milburn has since wondered what might have happened if Kenna had not been there to alert him.

“I would be toast and wouldn’t be here,” said Milburn, who has had the dog for four years.

“She helps me with my diabetes, my PTSD, and anxiety,” he told reporters. “We volunteer at the mall on the weekends with the Midwest Animal Therapy Group.”

Once firefighters put out the flames, the Red Cross was notified to assist Milburn and his beloved dog, the Quad-City Times reported, adding that the cause of the fire is still under investigation.