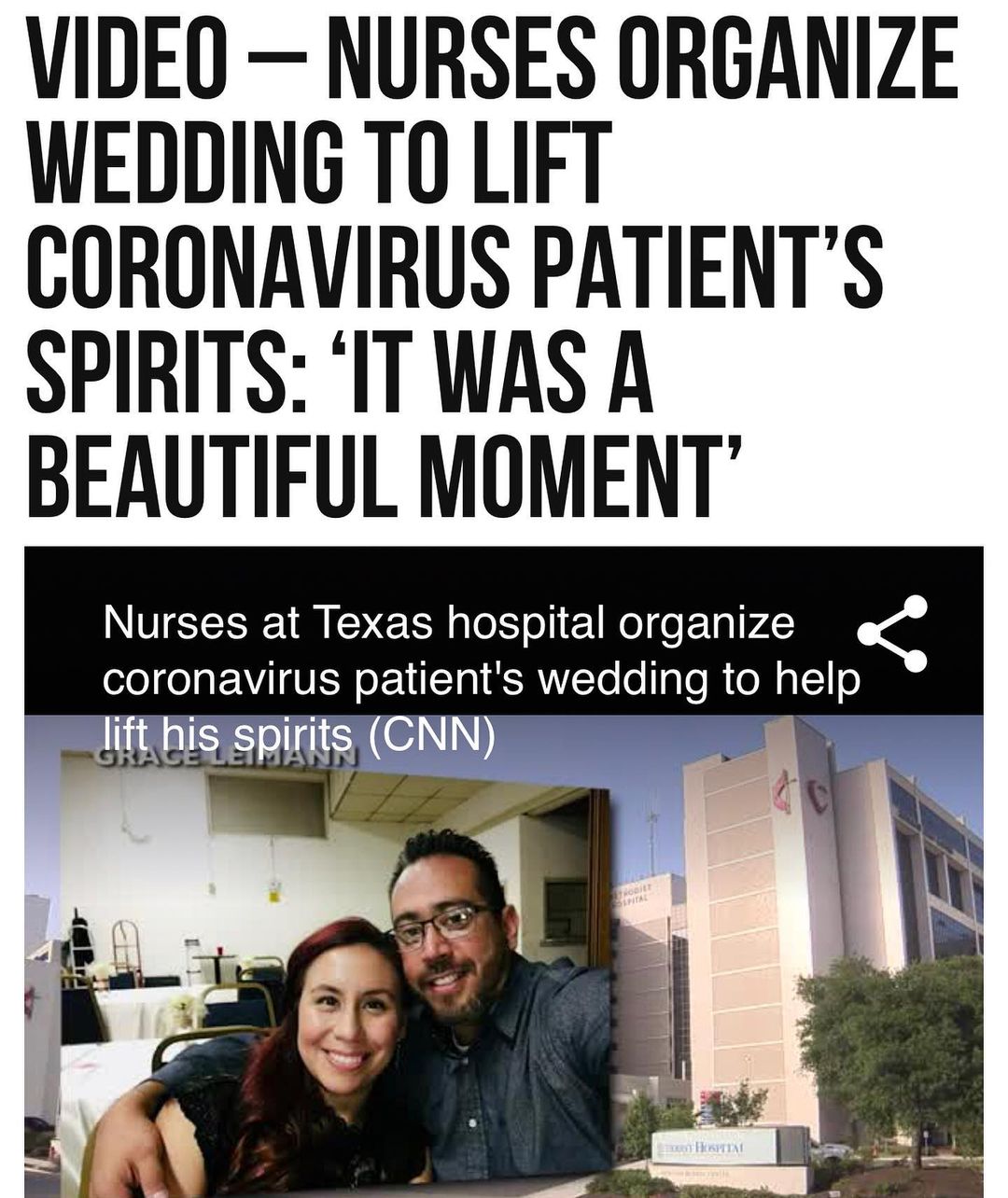 #Nurses in #SanAntonio, #Texas, made a dream come true recently for a patient hospitalized the same week his wedding was scheduled to take place.

Carlos Muniz and Grace Leimann were supposed to tie the knot in July but were forced to change their plans when he became ill with the novel #coronavirus, according to Fox 8.

“That was the most difficult part for me, was just letting him go into the E.R. and not knowing when I would see him again,” said Leimann.

Muniz was admitted to San Antonio’s Methodist Hospital on July 15 and stayed in the #COVID19 unit for nearly ten days before being transferred to intensive care due to his deteriorating condition.

However, when nurse Matt Holdridge learned the couple had canceled their wedding ceremony, he decided to make their dreams come true.

“The ball just kind of got rolling from there. A lot of people started volunteering for it,” Holdridge said. “Before you knew it, every nurse in the unit knew about it and was trying to figure out ways to make it more special.”

Thankfully, Muniz’s condition began to get better in the days leading up to the ceremony.

“We were able to remove his feeding tube and he was able to eat on his own and drink on his own … Everything about his overall picture got better and better,” said Holdridge, who also served as the patient’s best man.

The hospital workers and the couple’s immediate family gathered on Tuesday to watch them exchange vows.

Carlos lay in a hospital bed as his bride walked toward him, wearing an exquisite wedding gown.

“It was a beautiful moment. And all I could see was him as I was walking down the aisle. I will treasure that memory forever,” Leimann recalled.

There was not one dry eye in the room, Holdridge said, adding that the “magical event” meant a lot to the entire hospital staff.

“It was a big motivational booster for our staff just to be able to continue to fight for our patients and our community here,” he noted.

Since their wedding, Muniz’s health continued to improve. He was able to transfer from his bed to a chair recently and was taken off the ECMO machine on Friday, according to the Fox 8 report. #binspirednews