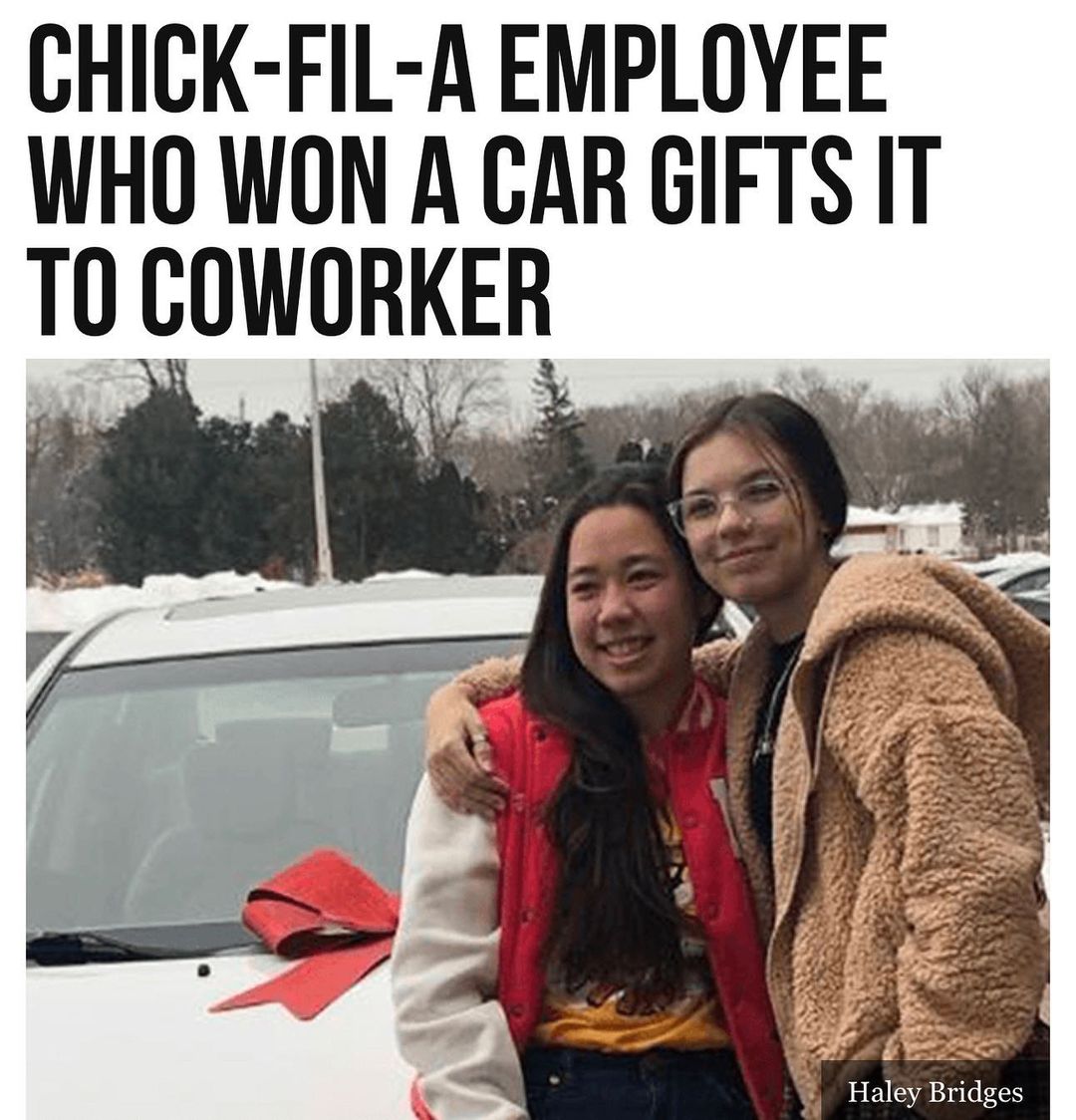 One #ChickFilA employee in #Wisconsin formed such a tight bond with one of her coworkers that she gifted her a car.

Haley Bridges, 17, knew her fellow coworker Hokule’a Taniguchi, 19, was using a bicycle to get to work in the middle of the Wisconsin winter and wanted to do something to help.

So when she learned she won a car at the company Christmas party raffle in December, she knew exactly who to give the prize to.

Bridges and Taniguchi had become fast friends since the two began working together, and they would often see each other outside of work hours.

But their friendship grew stronger at the Chick-fil-A #Christmas party.

Bridges said the raffle is the main attraction of the Christmas party, and there was a rumor at the time that a car would be the grand prize.

“Everyone would get raffle tickets, and how many hours you work determines how many you get. I received five tickets,” she said.

The night of the party, they did, in fact, see there was a car being raffled off.

Bridges said her friends have always been willing to go to bat for Taniguchi, and decided that if any of them won the grand prize, they would give it to her.

When Bridges’s name was called, she said it was an emotional moment.

Since Taniguchi received the car, she got approved for an apartment that was closer to work.

“It’s crazy seeing her car parked in the parking lot, and I’m glad that she has a reliable ride to work and the grocery store as well!” Bridges said.

Garth Brooks was ‘scared to death’ of his musical return after 14-year hiatus: ‘Country is the best’