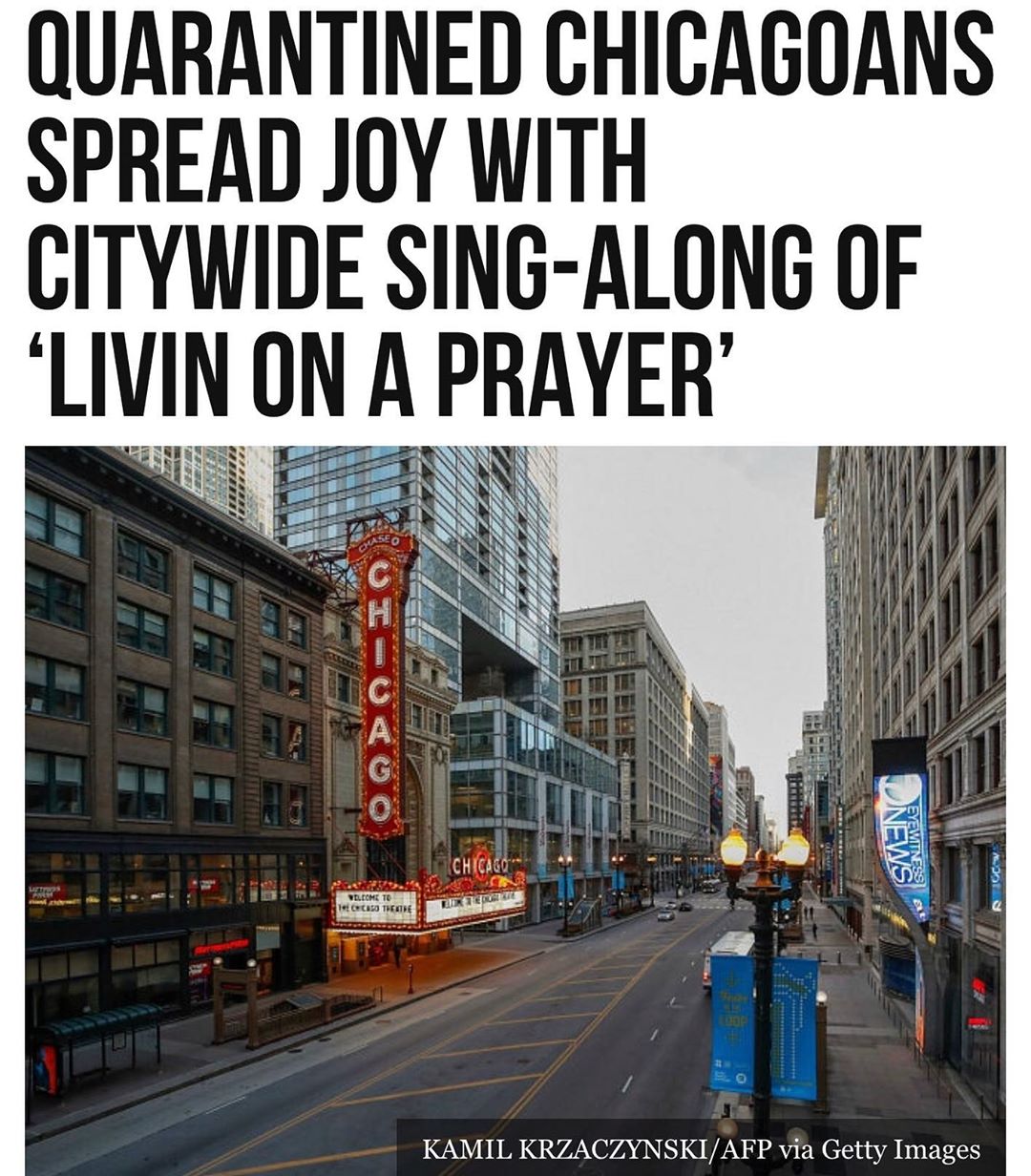 People scattered throughout the Chicago-metro area who were obeying stay-at-home orders sang Bon Jovi’s “Livin’ on a Prayer” at 7 p.m. on Saturday from their windows, yards, and balconies in below-freezing weather.

Chicago residents shared dozens of videos of the citywide sing-along to social media.

One Chicago-area radio station even played the song at the designated time. Jon Bon Jovi himself posted on Instagram, giving everyone in #Chicago a shoutout. “Sing it out, baby. We’re all going to come through this together. Be strong,” Jon Bon Jovi said.

Illinois’ stay-at-home order went into effect Saturday night and is expected to last until at least April 7, meaning all nonessential businesses and schools must stay shut until April 8.

More than 1,000 people have tested positive for the #coronavirus in Illinois as of Sunday afternoon, with most of the cases clustering around Cook County, according to the #Illinois Department of Health. At least nine people have died after contracting the #virus as of Sunday.

Rebecca Kell and Jenni Spinner, who have both been working remotely from home all week in their 50-unit apartment on the city’s North Side, made the Facebook event for the sing-along on Wednesday.

Both citizens initially expected only a few friends to join, but by Saturday evening, they had an overwhelming 20,000 responses. “Livin’ On A Prayer, it’s a good universal anthem song,” Kell said. “It’s just the one song that, no matter what the crowd is, if somebody does Livin’ On A Prayer, people will sing along.” Kell and Spinner got inspired by the Italians singing together from their balconies while under #lockdown orders.

There is already another Chicago sing-along to the Jackson 5’s “ABC” scheduled for March 28. #binspirednews

Britney Spears speaks out against conservatorship at hearing