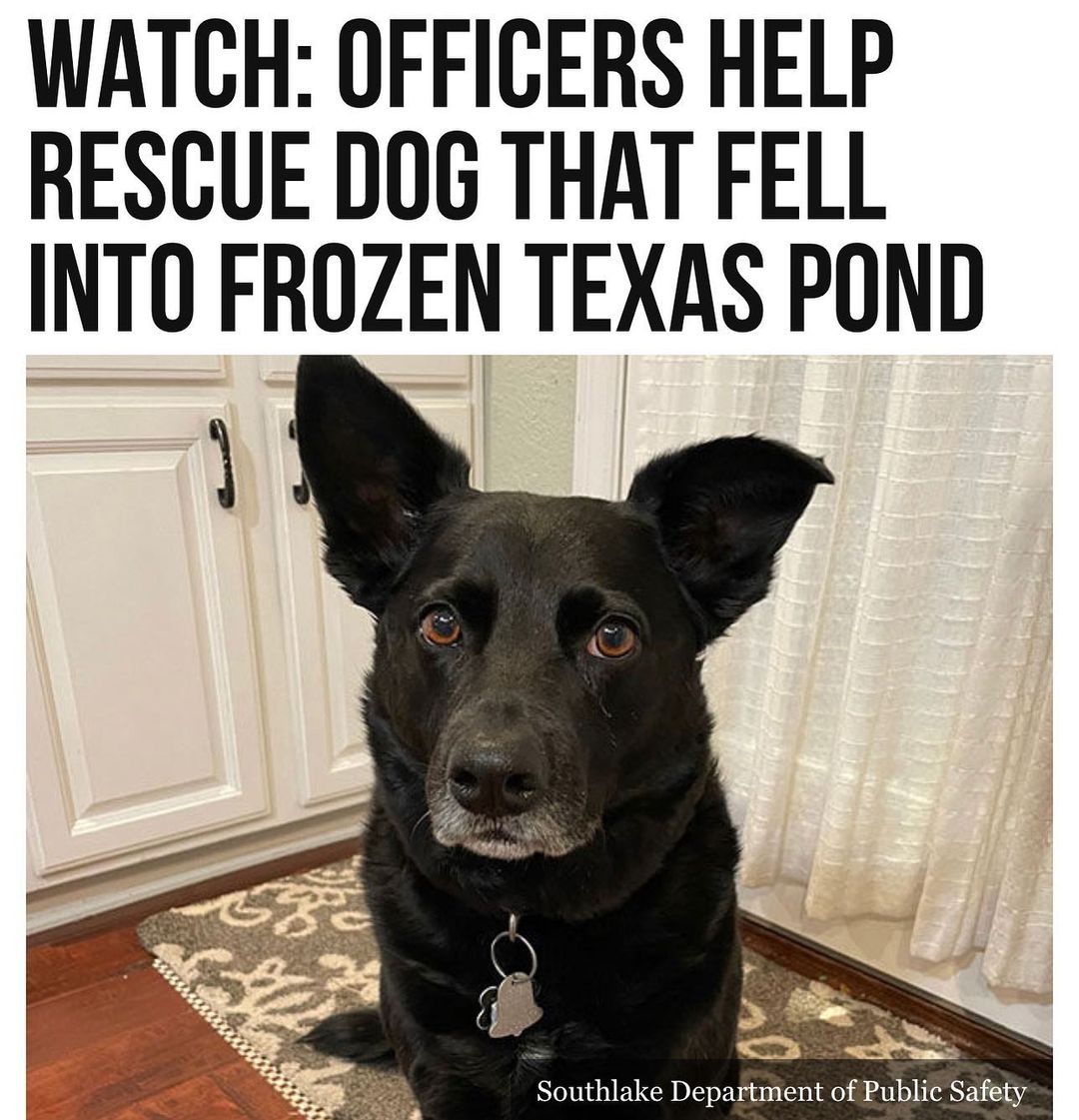 #Police officers in #Southlake, #Texas, are being praised for helping save a #dog that fell into a partially frozen pond on Sunday.

The pond is located near White Chapel Church, and the Southlake Department of Public Safety (DPS) said when its officers arrived they found a black lab named Shadow clinging to a thin sheet of ice, Fox 4 reported.

“Our original plan was to wait for Southlake Fire to arrive with their ladder to rescue him, but precious moments began slipping by, and the best laid plans of mice and men often go awry,” the department explained.

A six-minute video of the rescue posted on Facebook showed the officers and the dog’s owner, Scott, calling to him as he whined and tried paddling to shore.

“Come on Shadow. That’s it! Come on!” one of the officers told the stranded pup. Shadow tried to swim closer to them but eventually got stuck again.

Moments later, Sgt. Music removed his duty belt and used a catchpole to break up the ice while Scott went home to retrieve a pool float and another officer got a rope.

Music had submerged himself shoulder-deep in the frigid pond on his way to the dog when Scott returned with the watermelon shaped float.

“This will float … I think this is a better idea,” Scott told the officers as he laid down on it and pushed himself onto the ice.

The two eventually grabbed hold of Shadow and the other officers pulled them to shore with the rope.

The department tweeted photos Wednesday of the pup resting safe and sound at home.

“Wow! To go chest-deep in that water with no drysuit! Give that guy a raise. The float guy too,” one person wrote.

“Thank you for the brave officer that jumped into the ice to save the dog. Thank you, thank you,” another commented. #binspirednews