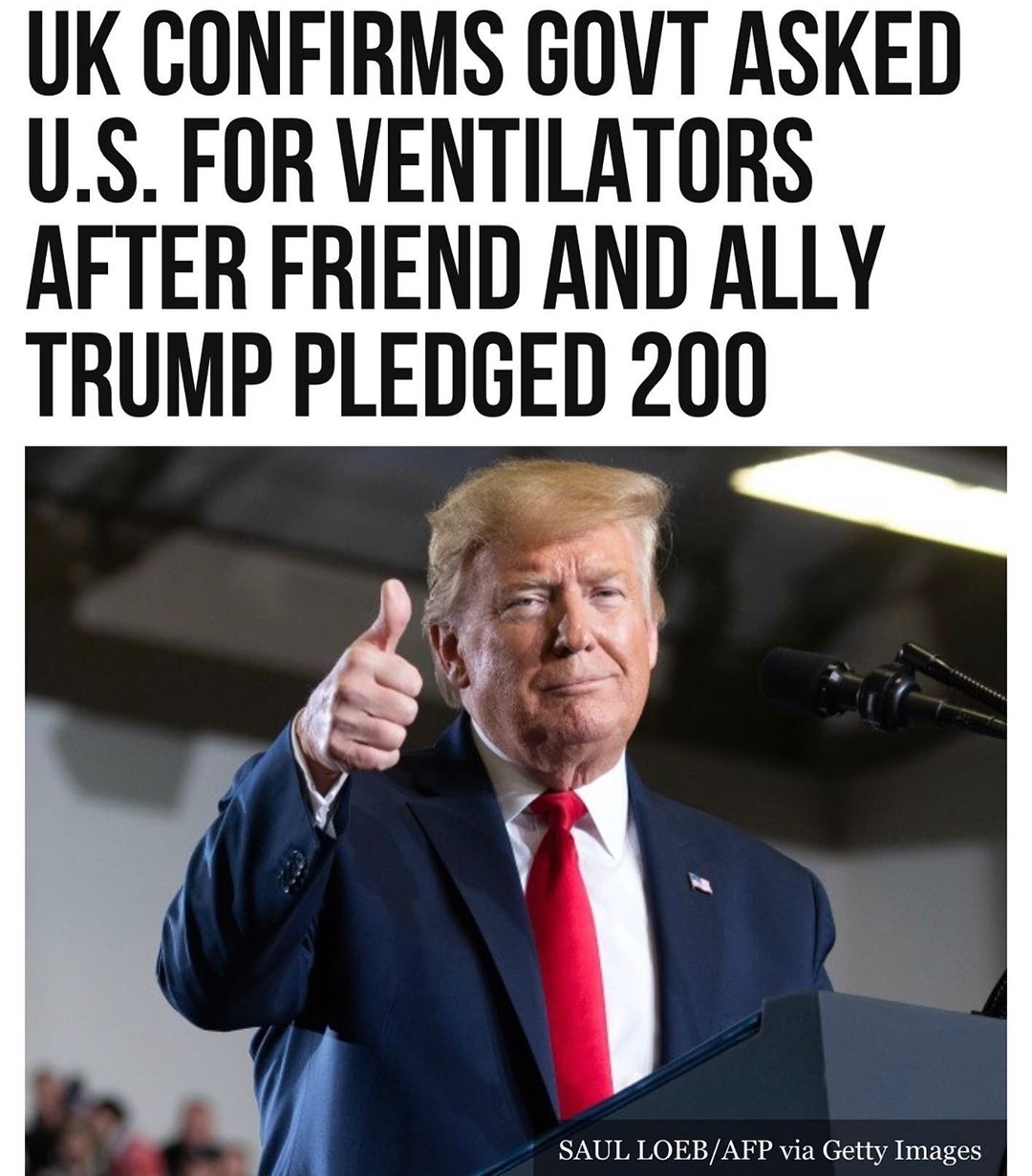 President Donald J #Trump has said the #UnitedStates would ‘work out’ getting 200 ventilators to hospitals in the #UnitedKingdom because “they need them desperately”. Addressing reporters on Monday, #PresidentTrump said: “The #UK called today, and they wanted to know would it be possible to get 200. We’re going to work it out, we’ve got to work it out.” “They’ve been great partners. They wanted 200. They need them desperately,” the President added, according to The Mirror. A junior UK health minister confirmed on Wednesday that the two parties were in discussions to obtain the medical equipment.

On Sunday, health secretary Matt Hancock admitted that the UK might not have the 18,000 believed to be needed to deal with the height of the #coronavirus #pandemic. British defence firm Babcock International announced on Monday that it had received a government order of 10,000 ventilators, two weeks after British vacuum company Dyson also received a request for 10,000.

The offer came before President Trump’s kind remarks to his “friend” #BorisJohnson after it was revealed that the prime minister, who was diagnosed with coronavirus nearly two weeks ago, had been admitted to intensive care after his condition had worsened.

President Trump had said: “I want to send best wishes to a very good friend of mine, and a friend to our nation, Prime Minister Boris Johnson. We are very saddened to hear that he was taken into intensive care this afternoon. “Americans are all praying for his recovery — he’s been a really good friend and something very special: strong, resolute, doesn’t quit, doesn’t give up.” Prime Minister Johnson has spent his second night in intensive care. Health minister Edward Argar said on Wednesday that he is “comfortable, he’s stable, he’s in good spirits”. The government also confirmed on Wednesday that it had asked the U.S. government for support with obtaining ventilators, with the peak of the pandemic in the UK expected to hit on Easter Sunday.