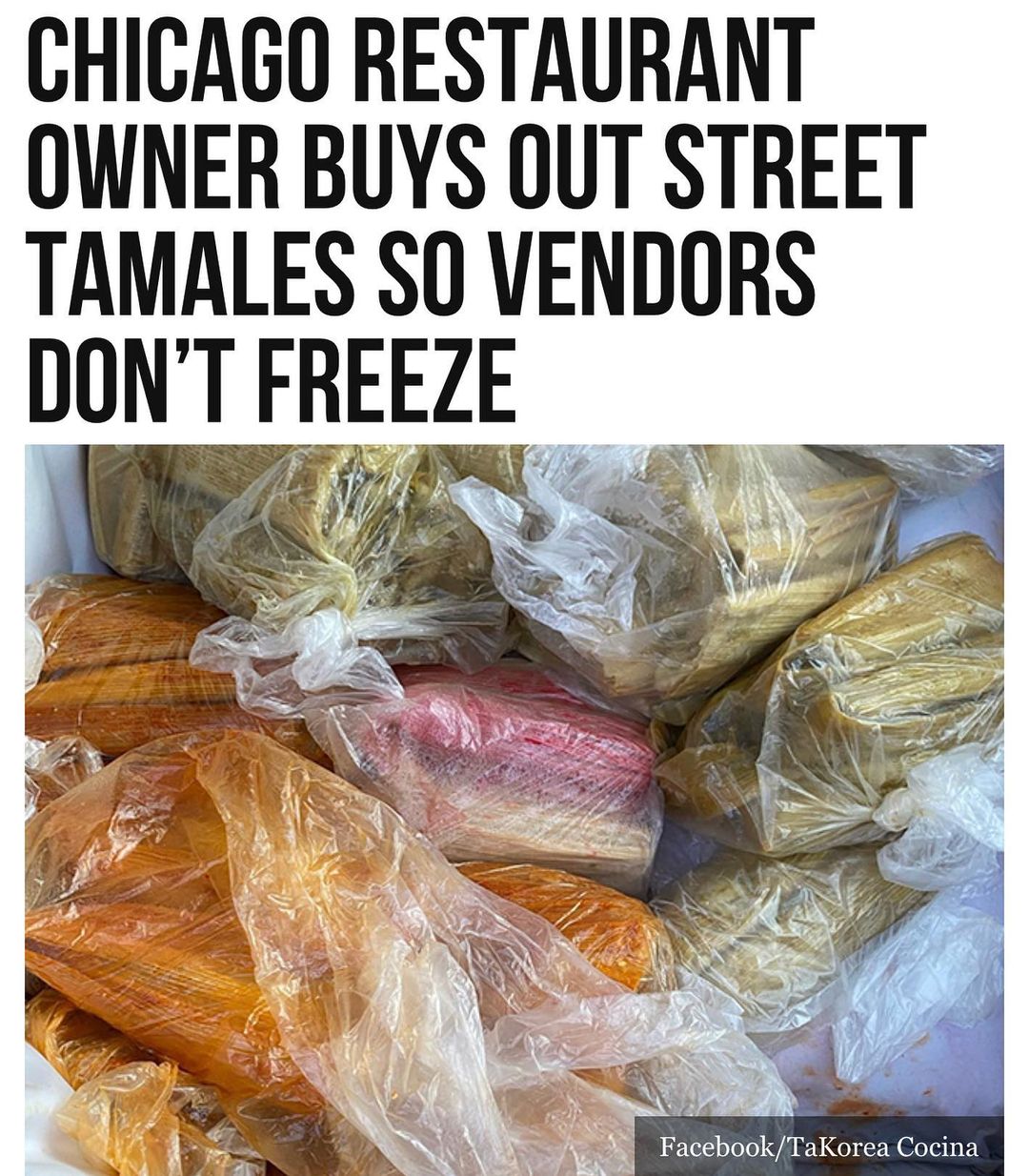 Restaurateur Robert Magiet is making the rounds of #Chicago’s streets to buy out vendors’ tamales, so the vendors do not freeze in Chicago’s winters.

Magiet says he buys on average 15 dozen tamales for about $16 a dozen.

“At first, they are in disbelief. They don’t understand why someone would want to buy so many tamales,” he told CNN.

He was inspired to buy out these weather-beaten vendors while seeing them trying to eke out livings in sub-freezing temperatures. So he pulls over and makes his purchases.

“What’s great is when we visit vendors for a second time and seeing how excited they are, knowing they are about to get bought out and get to go home,” he said.

He spends the rest of his mornings stocking up community refrigerators for people in need of food free of charge or donating the tamales to homeless shelters.

As of right now, tamales are not on the menu at TaKorea Cocina. But that may change as Magiet is in talks with several vendors to create a Korean-style tamale.

In the meantime, he encourages others to help the needy as best they can, especially during the pandemic.

“All it takes is one act of kindness, and others will notice and join in,” he said. “Together, we can all make a huge difference in others’ lives. It’s never been more important to support each other.” #binspirednews