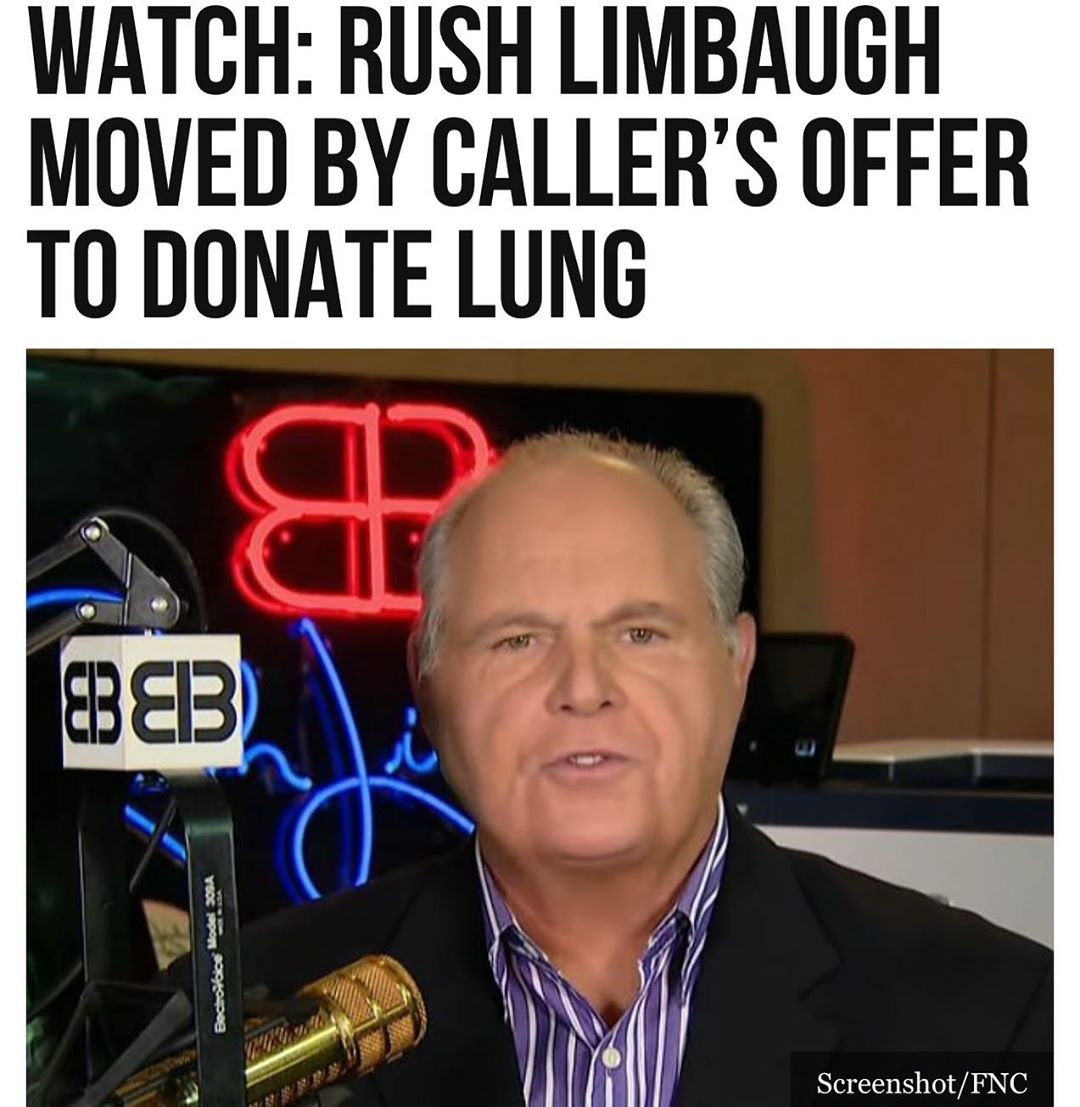 #RushLimbaugh was moved to tears by a caller’s offer to donate one of his own lungs to the host’s battle against cancer during Wednesday’s show. “And when you’re done with me, if I could talk to Mr. Snerdley briefly,” the caller said at the end of a brief conversation, prompting a mildly confused “uh, okay, I’m done with you,” from Limbaugh. Minutes later, “America’s Anchorman” was fighting back tears. “I just asked Snerdley, ‘What did that guy want who was through talking to me and wanted to talk to you?’” Limbaugh said after an off-air conversation with producer James “Bo Snerdley” Golden during a break. “Snerdley did not drop a beat: ‘He wanted to donate a lung, if you wanted one.’” The video clip, tweeted by the Washington Examiner, captures the legendary host’s candid reaction. “Oh, wow… That would have been the last thing that I… I thought he was trying to grease the skids to call-in again,” Limbaugh said in a voice choked with emotion. “You all just continue to stop me dead in my tracks.” Limbaugh has been overwhelmed with support since the announcement of his stage 4 lung cancer diagnosis. “I continue to get e-mails, and flowers, and cards… It’s– It’s voluminous. And it is so… touching,” he said, soldiering on through his tears. “This is why I said last Friday… how lucky I am.” For more touching stories like these, check out #binspirednews, and our link in the bio ❤️😊 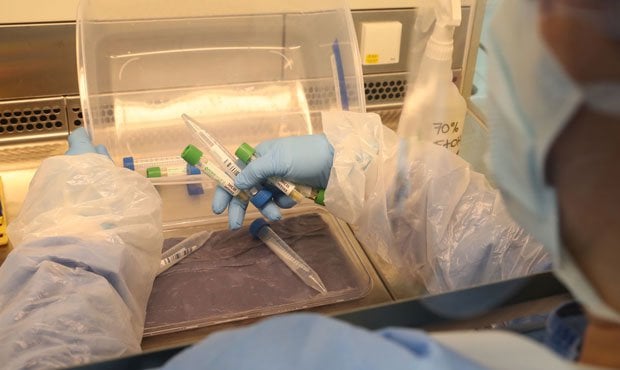