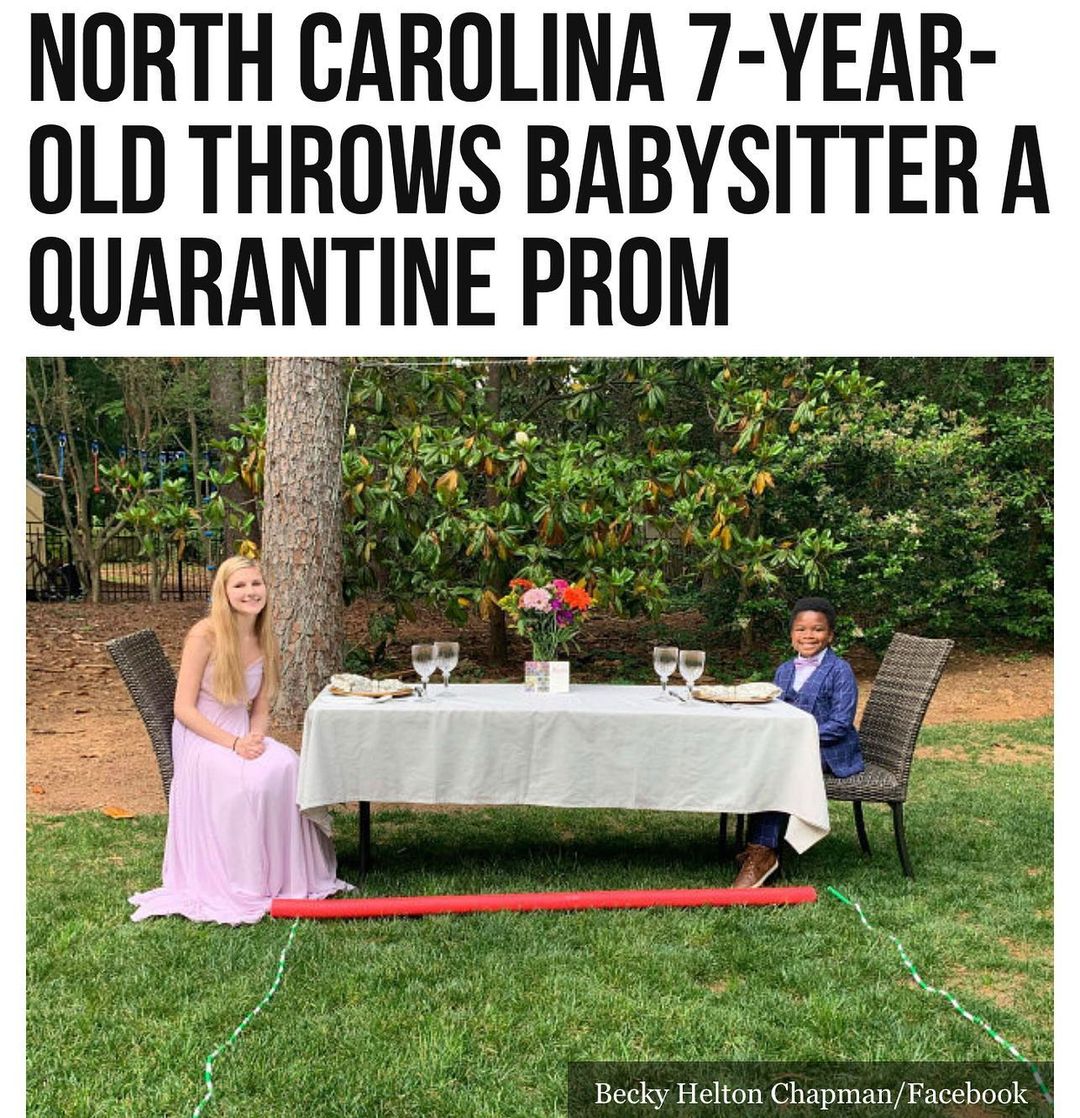 Seven-year-old Curtis Rogers, of #Raleigh, #NorthCarolina, created a social distance-style prom for his babysitter on Tuesday.

Curtis knew his nanny, Rachel Chapman, would have to miss her senior prom due to the ongoing battle against the novel #coronavirus #pandemic. He decided that simply would not do and took matters into his own hands. “He planned a socially distant prom, complete with dancing & her favorite foods,” Rachel’s mother, Becky, tweeted on May 26. “I planned it out because Rachel probably wanted to see me a lot,” Curtis told ABC11. “She is also one of the best people I’ve known.” The tweet — also featuring several pictures from the adorable “prom” — has gone viral. At the time of this writing, it has over 36,500 likes and more than 4,400 shares. The aforementioned photos feature Rachel and Curtis sitting on opposite ends of a long table, with a pool noodle for measuring distance. Another shows the two standing six feet apart in suit and gown. “He was really excited for it to start and make sure he was ready to impress her,” Curtis’s mom, Elissa, said. “Rachel is one of our favorite people and she also helps around the house a lot,” she added. “So, Rachel’s like the best nanny ever.” Ms. Chapman echoed the sentiment: “He had all my favorite foods and everything,” she said. “I could tell he put a lot of thought into it.” And while apples, peanut butter, and Chick-fil-A may not be a traditional prom dinner, it was perfect for Curtis’s favorite person.

Even so, the day was bittersweet. “I was kind of like, bummed putting my dress on because I was sad; I don’t get to wear it to my senior prom,” she said. “After leaving it and having that time with him because it was the first time I had seen him in two months, it was like, really fun, and I’m really glad that he did that.” #binspirednews