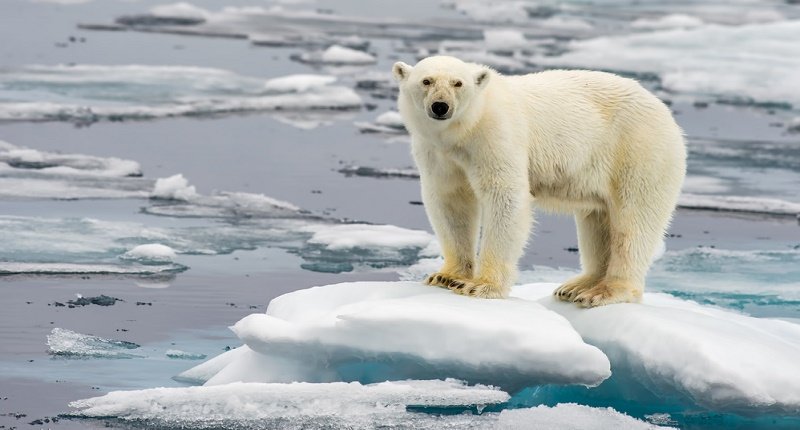 Polar bears could face extinction by the end of the century as a result of shrinking sea ice in the Arctic caused by climate change, according to a new study published in the journal Nature Climate Change.

This article first appeared in Salon.

Though the study did not predict all polar bears would go extinct entirely by 2100, it estimated that 13 of 19 Arctic polar bear subpopulations, which make up roughly 80% of the species, are likely to die off due to starvation and reproductive failure. The researchers said the estimate was “probably conservative” based on the current rate of ice loss and predicted some subpopulations would go extinct even sooner.

“There is very little chance that polar bears would persist anywhere in the world, except perhaps in the very high Arctic in one small subpopulation” if global temperatures continue to rise at the current level, Peter Molnar, a professor at the University of Toronto Scarborough and the lead author of the study, told The New York Times. Even if emissions are moderately reduced in line with the Paris Climate Accord “we still are unfortunately going to lose some, especially some of the southernmost populations, to sea-ice loss,” he said.

The shrinking sea ice is forcing polar bears to move onto land, which leaves them further from their food supply for extended periods, the study said. The longer “fasting season” and declining reproduction “will jeopardize the persistence of all but a few high-Arctic subpopulations by 2100,” the study said. “Moderate emissions mitigation prolongs persistence but is unlikely to prevent some subpopulation” extinction.

“Previously, we knew that polar bears would ultimately disappear unless we halt greenhouse gas rise. But knowing when they will begin to disappear in different areas is critical for informing management and policy — and inspiring action,” Steven Amstrup, the chief scientist at Polar Bears International and co-author of the study, said in a statement. “We found that moderate emissions reductions may prolong global persistence, but are not likely to prevent the extirpation of several populations, emphasizing the urgency of more ambitious emissions cuts.”

There are around 25,000 polar bears living in the Arctic. They primarily live on sea ice so they can hunt seals. But because of melting ice, more bears are being forced onto land during the spring and summer. Ice during summer months has declined at an average rate of 13% per decade since 1980, according to the National Oceanic and Atmospheric Administration. Many parts that previously had ice all year now have no ice during the summer months.

“You need the sea ice to capture your food,” Molnar said. “There’s not enough food on land to sustain a polar bear population.”

Polar bears can fast for months, but the rate of the melting ice suggests that they will soon be forced onto land for longer periods — meaning they will have to fast longer than they are capable.

“Land-based feeding is unlikely to occur at scales that shift the timelines for recruitment and survival declines by more than a few years, because foods that meet the energy demands of polar bears are largely unavailable on land,” the study said.

“There’s going to be a time point when you run out of energy,” Molnar said. “Not only do the bears have to fast for longer and need more energy to get through this, they also have a harder time to accumulate this energy.”

The reduced energy will also impact other factors of polar bear existence, like finding a mate, causing reproduction levels to plummet. Having less energy can also affect female bears’ ability to produce milk to feed their cubs.

“What we’ve shown is that, first, we’ll lose the survival of cubs, so cubs will be born but the females won’t have enough body fat to produce milk to bring them along through the ice-free season,” Amstrup told the BBC. “Any of us know that we can only go without food for so long. That’s a biological reality for all species.”

The study modeled the physical conditions of bears and calculated the amount of time they could reasonably fast.

“By estimating how thin and how fat polar bears can be, and modeling their energy use, we were able to calculate the threshold number of days that polar bears can fast before cub and/or adult survival rates begin to decline,” Molnar said in a statement.

The researchers found that the length of the fasting season will soon exceed the bears’ physical abilities.

“Polar bears have long been considered messengers of the climate change symptoms that will impact all life, including humans,” said Amstrup. “We know that floods, droughts, and wildfires will become more frequent and severe as the world continues to warm, but timelines for such events are hard to predict… Showing how imminent the threat is for different polar bear populations is another reminder that we must act now to head off the worst of future problems faced by us all.”

Andrew Derocher, a professor at the University of Alberta who studies polar bears, told The Times that the study’s findings “are very consistent with what we’re seeing” from observing the animals in the wild.

“The study shows clearly that polar bears are going to do better with less warming,” he said. “But no matter which scenario you look at, there are serious concerns about conservation of the species.”

Another study published in the journal PLOS ONE in 2016 found that polar bears in the Beaufort Sea near Alaska and western Canada were three times as likely to come on land during the summer than they were in the 1980s. The bears now spend an average of 31 more days of the year on land than they did three decades earlier.

That has contributed to a 40% decline in population among the region’s polar bear population. The bears in the Beaufort Sea also experience lower weight, worse body condition, and lower cub survival than other similar subpopulations.

In Russia, authorities had to declare a state of emergency last year after a remote village region called Novaya Zemlya was overrun by dozens of starving polar bears.

“I have been on Novaya Zemlya since 1983, but there has never been such an invasion of polar bears before,” Zhiganshi Musin, the head of region’s administration, told reporters. “They are literally chasing people and going into the entranceways of housing buildings.”

“Everyone understood that this could happen,” Mikhail Stishov, the World Wildlife Fund’s project coordinator on Arctic biodiversity, told a Russian news agency. “Now the bears are increasingly on the shores on account of the absence of ice for long periods. They come onto shore, where they get used to human housing.” 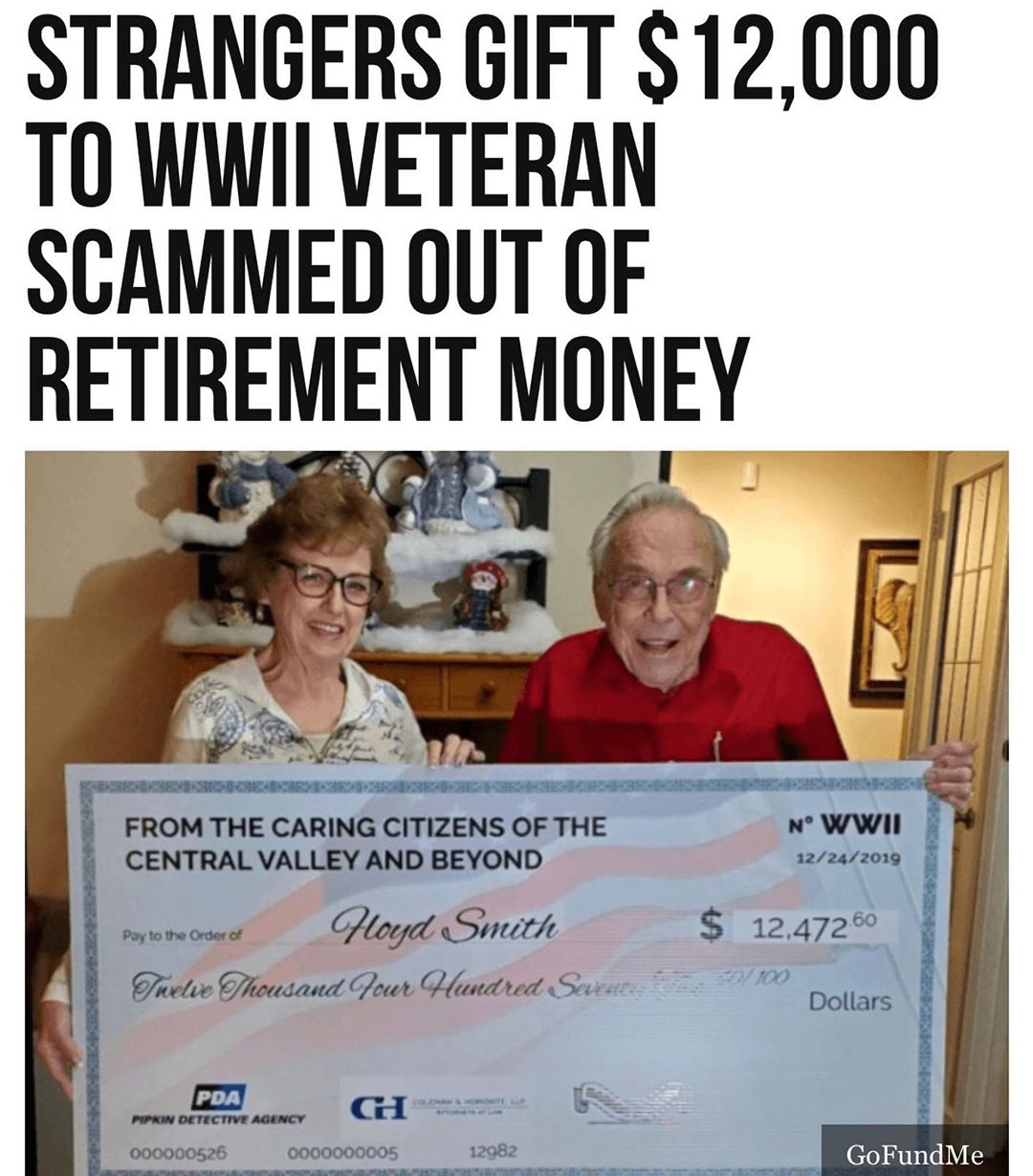 #beatthebug Fitness Influencer who said corona virus does not exist has died from it at age 33 https://t.co/F2r2xgaB4Z
View on Twitter
0
0