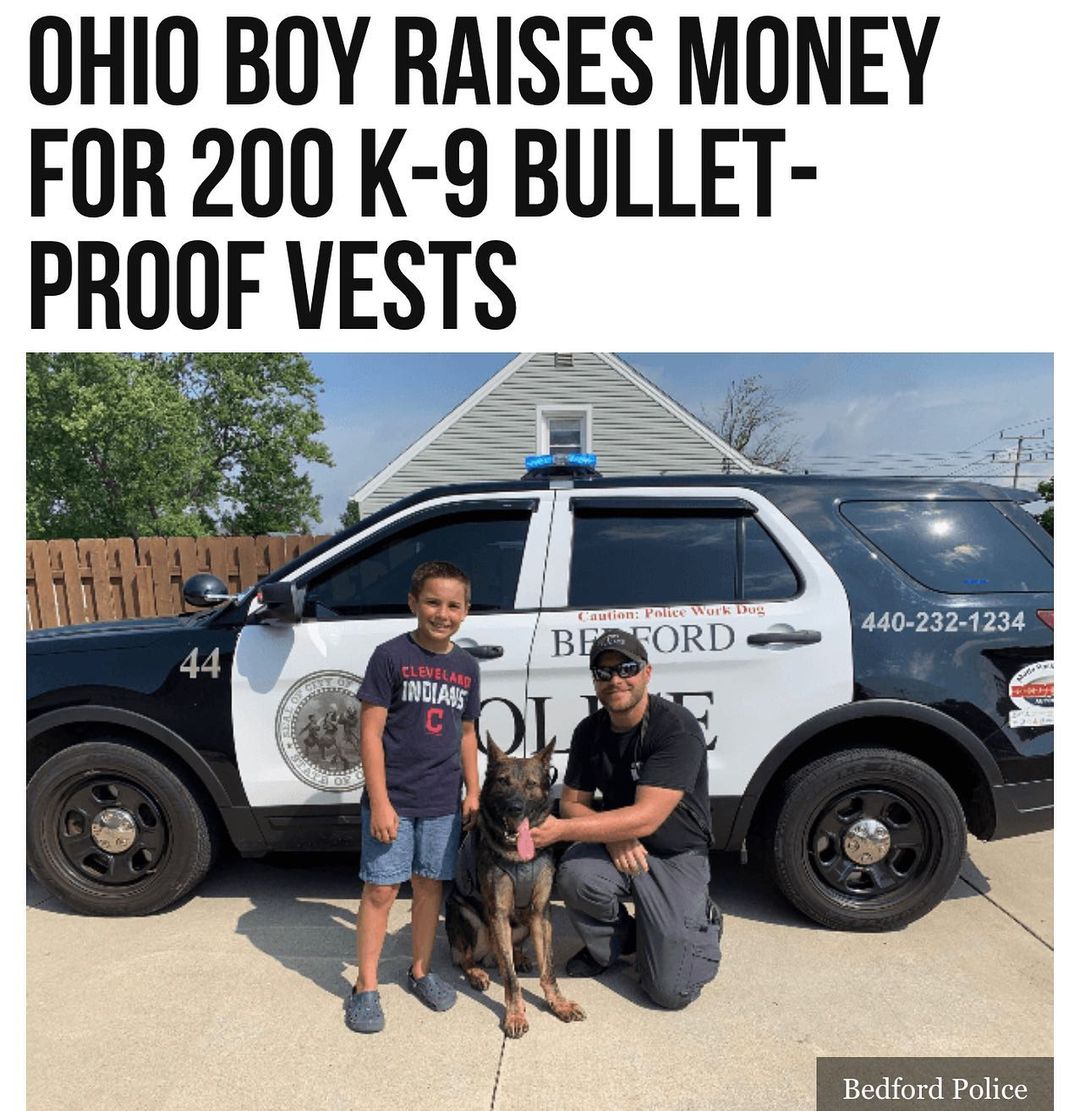 The Bedford #Police brought ten-year-old Brady Snakovsky to the station on Tuesday to thank him for his efforts to protect K-9 officers.

K-9 officer “Luca” and (human) Officer Dave Kempski welcomed #Cleveland’s Brady Snakovsky to the #Bedford Police station on August 25 to thank him for his efforts to protect police dogs across the region. “Brady’s K-9 Fund” has proven to be a massive success, providing 259 vests for officers such as Luca.

The department offered Snakovsky a department T-shirt sporting Luca’s picture on the back, along with some other unspecified “goodies.” A series of photos posted to Facebook by the station commemorated the visit, along with a public thank-you.

“We can’t thank Brady enough for what he has done for us and every other K9 he has vested,” the department wrote. “Thank you Brady!!”

There are Different COVID-19 Vaccines