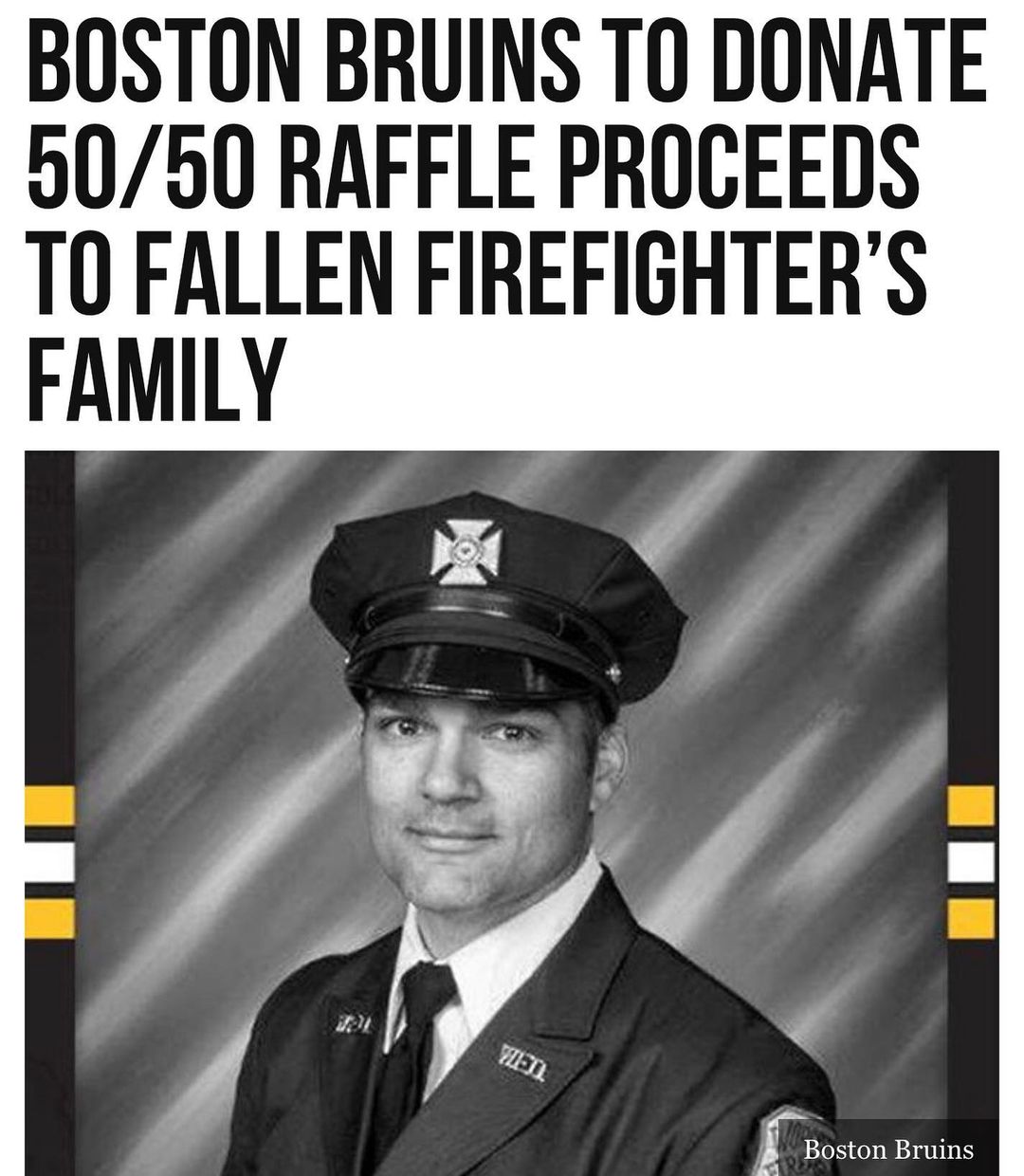 The Boston Bruins are donating the proceeds gained from their 50/50 raffle to a fallen firefighter’s family.

The Bruins said the team would be donating in honor of Worcester firefighter Lt. Jason Menard, who died while fighting a house fire on Wednesday and saving two members of his crew from the burning home, Boston 25 News reported.

Menard was slated to leave for a trip to Disney with his wife and three children later in the day.

The fundraiser comes just one day after the New York City-based “Tunnel-to-Towers Foundation” — which was formed after the September 11, 2001, attacks — announced that it would pay the first $100,000 of the Menard family’s mortgage.

The Boston Bruins Foundation 50/50 raffle is still accepting donations. However, purchasers of tickets must be present in the state of Massachusetts at the time the ticket is sold.

The Professional Fire Fighters of Massachusetts Foundation is also accepting donations on Menard’s behalf, and 100 percent of those donations will go directly to Menard’s family. #binspirednews

Fighting the Corona Crisis: “The World Could Have Learned from Africa”