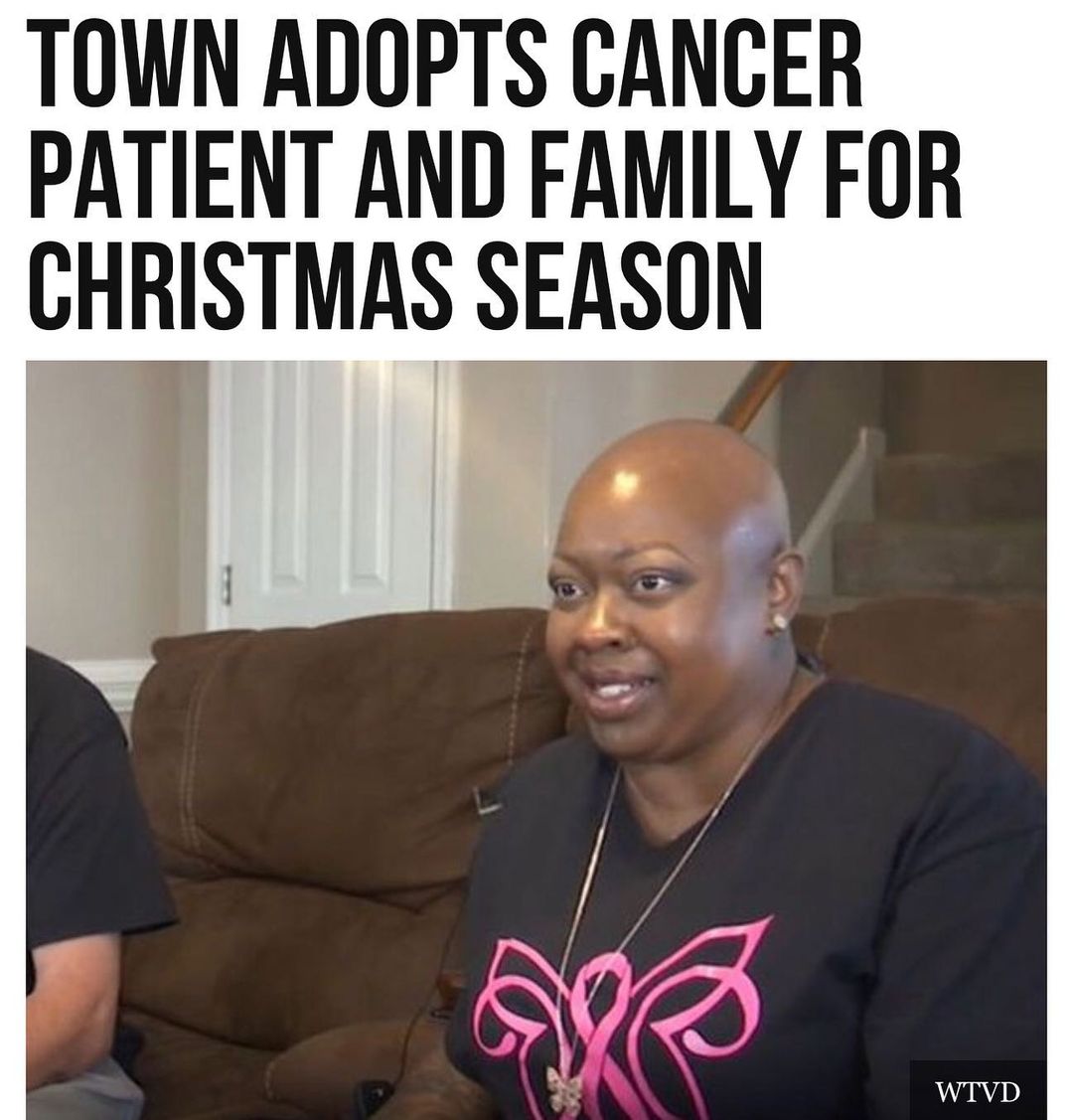 The entire community of Hope Mills, North Carolina, has decided to adopt a mother battling cancer and her family for Christmas this year.

Keyla Reece, who is wife and mom to three sons, was recently forced to quit working after doctors said her stage 4 breast cancer had spread to her brain, according to WTVD.

The staff at Rockfish Elementary School where her nine-year-old son attends school took it upon themselves to make sure the family did not have to worry about anything during the upcoming holiday season:

When Reece was informed of their plans, she initially said no. However, the young mom soon changed her mind and decided to accept their offer of help. “I’ve been blessed in a lot of ways. There’s another family out there that could use a little more,” she said. “I took that as a sign and a blessing from God. Like hey, things are about to change. Let them do this for you.” In October, Reece’s husband of 20 years, Scott, said he wanted to celebrate their anniversary by renewing their wedding vows. “The date is going to be February 8, 2020. I’ll get to be in a beautiful white dress with my children, family, and friends there,” his wife said.

Reece’s husband said her chemo treatments were so painful that he decided to do everything in his power to make sure she enjoyed the ceremony. “I’m going to do whatever I’ve got to do to put her in that dress and give her what she wanted,” he told ABC 11.

Thanks to their community, the family will have everything they need and more to make this holiday season bright. “It comes from their pockets. The town of Hope Mills’ pockets. I’ve got the fire department, police department, public works, parks and rec, HR, and anyone else who can give,” said Clara Hines, who works for Hope Mills.

Town employees will begin collecting donations for the family after Thanksgiving and wrapped gifts will be delivered to their home just in time for Christmas. “My heart is already overjoyed. I’m just thankful that there’s people that see me and my family and want to help,” Reece said of her community’s kind gesture. #binspirednews