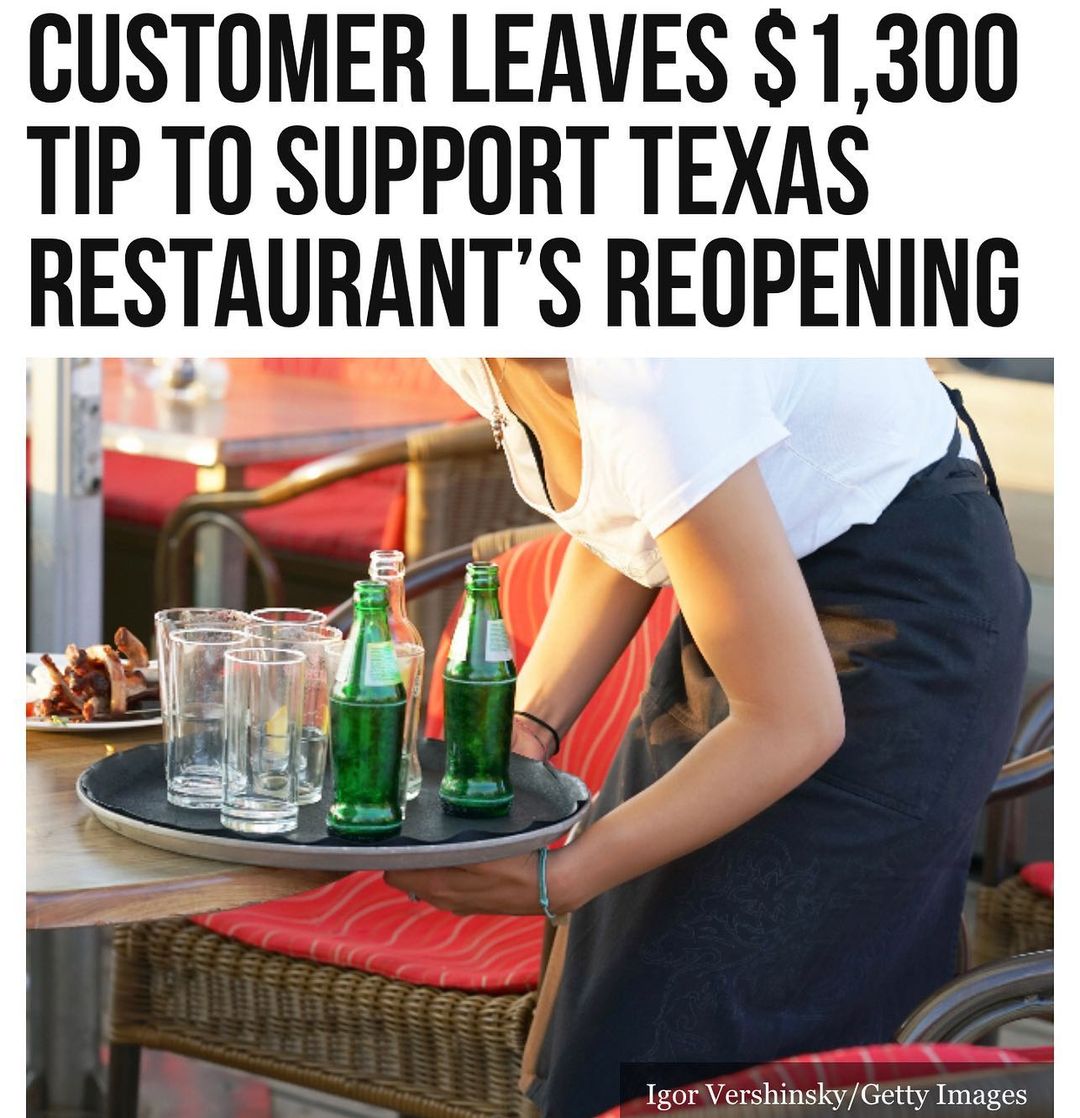 The Frog & The Bull in #Austin, #Texas, opened its doors on Friday to a welcome surprise from a customer after spending weeks being shut down due to the #coronavirus.

One of the customers who frequented the restaurant made the restaurant’s reopening even more special by leaving a $1,300 tip on his bill. “I was really shocked at first because I didn’t understand why he was giving it to me,” server 18-year-old Josh Pikoff told CNN. “But he said that he was extremely grateful that we were open and putting ourselves at risk to serve the community.” The man and his family had frequented the restaurant before and ordered a hefty meal of filet mignon, grilled steak, scallops, and other items. The check added up to a whopping $337. But then the customer asked Pikoff to double charge him. “He said charge me double for everything, and I asked, ‘Are you sure,’” Fernandez recalled. “He said, ‘yes.’” After the customer received the updated check with the double charge, he left a $300 tip for Pikoff and a $1,000 tip “for the house.” The grand total of his bill turned out to be $2,029.

The Frog & The Bull was not even five months old when it had to close on St. Patrick’s Day. The restaurant had to survive on a carryout and a delivery menu for months while staff was scraping by from “payroll to payroll.” “We literally overnight reinvented ourselves from an upscale casual dining establishment into what I told my executive chef had to be a badass food truck without wheels,” owner David Fernandez said.

Fernandez said the extra money from the customer would go towards paying the restaurant’s bills. While Fernandez said he does not know anything about the customer, he said he will make sure he is treated very well the next time he dines at his establishment.

This Texan is not the only anonymous restaurant patron to make an anonymous donation. One customer donated his entire $1,200 stimulus check at an Arkansas steakhouse, and a Colorado man left a $4,000 tip on his order at a Colorado saloon. #binspirednews