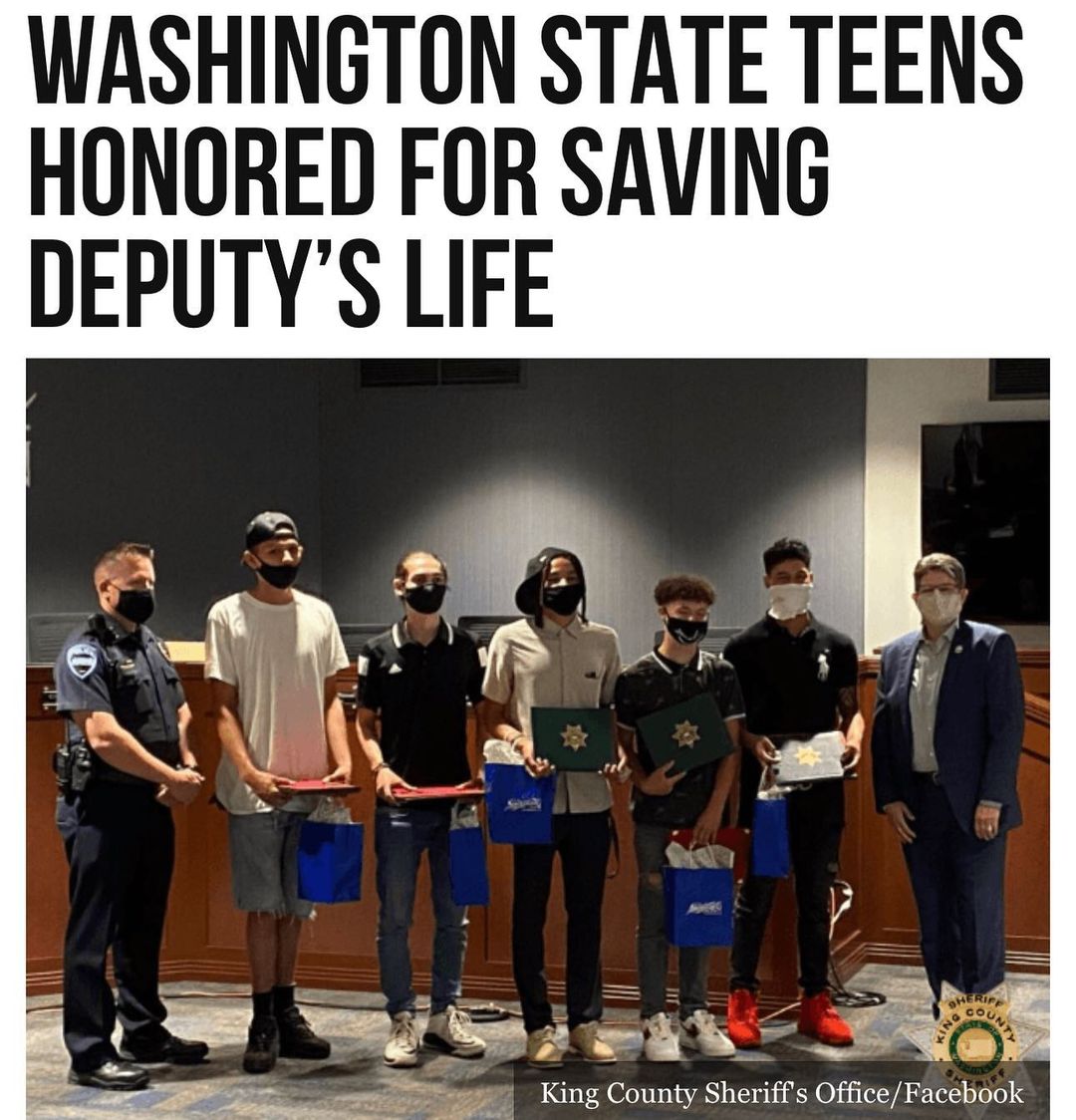 The King County Sheriff’s Office in Washington state honored five teens for saving the life of one of its deputies.

#KingCounty, #Washington, Sheriff Mitzi Johanknect gave each of the five young men the Medal of Heroism Award for their actions that contributed to saving the life of a deputy, KCPQ reported.

On July 18, an off-duty deputy was driving her marked patrol car home around 1 a.m. when several motorists flagged her down in Auburn after a multi-vehicle crash involving a suspected drunk driver.

While she questioned the suspect, he placed her in a headlock and squeezed on her neck. That is when the five teens sprung into action to free the deputy and hold the suspect in place until he could be handcuffed.

The teens jumped on the suspect until the deputy was able to get free, and they held the man’s shoulders and legs to the ground while the deputy handcuffed him, KOMO reported.

The deputy is okay, and the suspect was charged with driving under the influence and assaulting an officer. #binspirednews 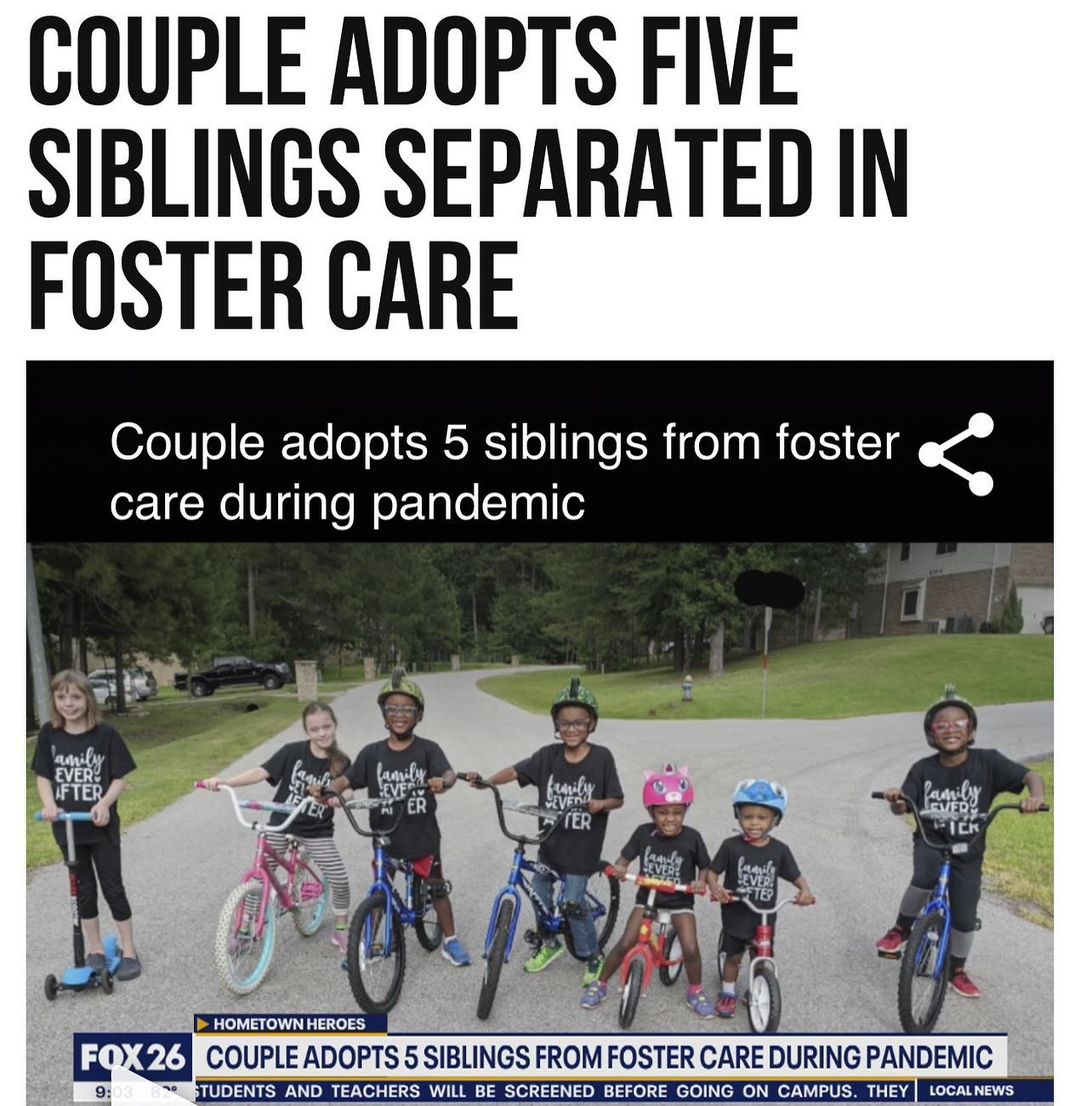 A couple in #Texas took a leap of faith to grow their family, adopting five sibl…