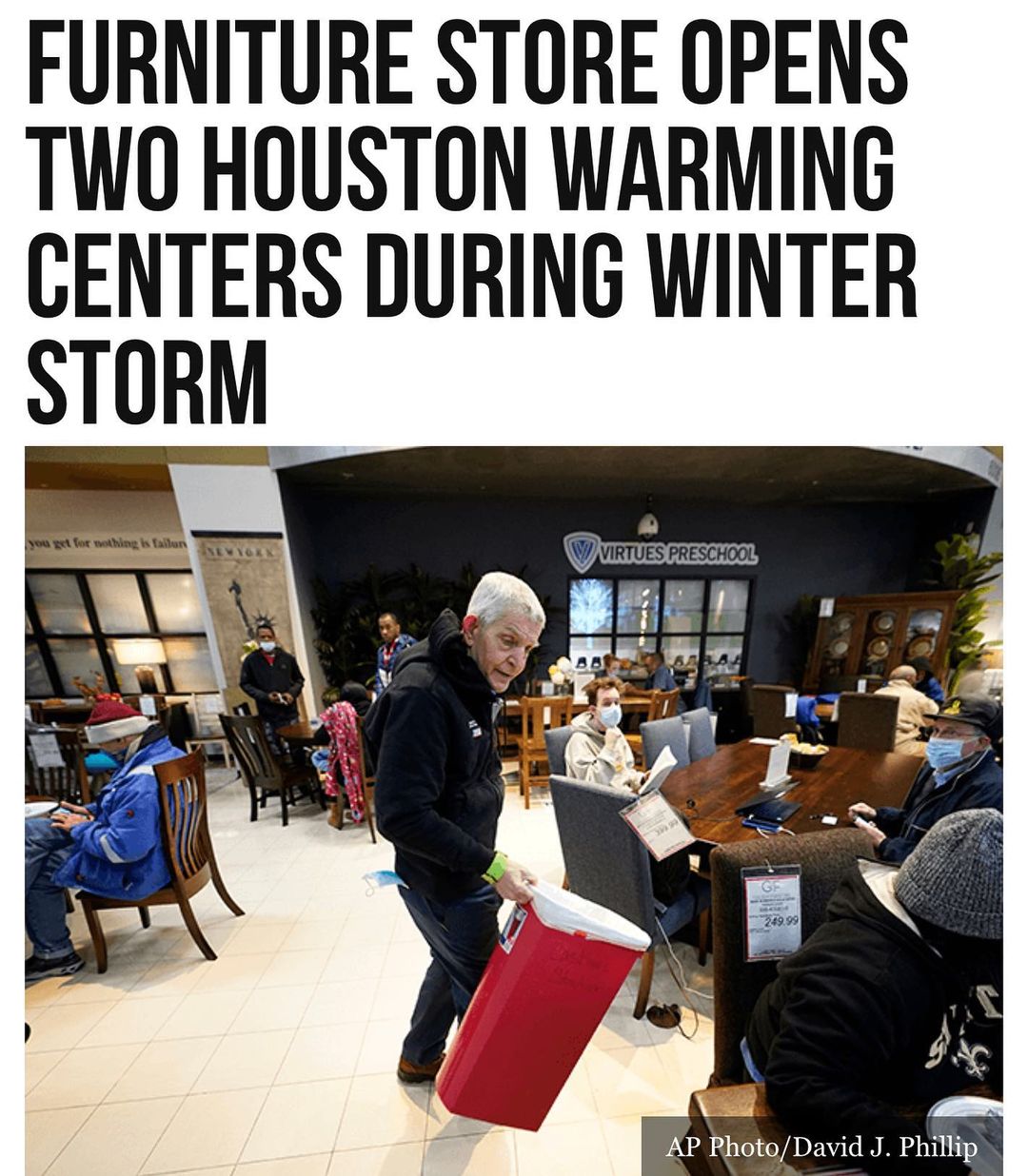 The owner of a #Texas-based furniture store chain is opening two of his stores as warming centers in #Houston to shelter people from the winter storm.

Many people in the area have suffered power outages that have lasted more than 24 hours, forcing them to seek refuge in warm areas outside their cold, unheated homes.

Since many of these people have nowhere to go, a furniture store owner who goes by the name of “Mattress Mack” opened two of his furniture stores and turned them into warming centers, KTRK reported.

“We’re here to help the community,” Jim “Mattress Mack” McIngvale, owner of Gallery Furniture, told KPRC. “A lot of people are without power. Come see us until the power gets back on.”

The warming centers are complete with food, hot chocolate, sweatshirts, coffee, and blankets.

“The cold is bitter, so we’re opening up the doors to Houstonians,” Mack said, adding that there is security around the clock.

The first question on Mattress Mack’s mind when the winter storm hit was, “What can we do to help?”

As of 11:20 a.m. Tuesday, Mack said about 15 to 20 people were hunkering down at the North Freeway store, but he was expecting more arrivals.

This is not the first time Mack has opened his doors to people in need in times of crisis. In 2017, during Hurricane Harvey, he also opened his doors to those affected by the flooding and ordered employees to pick up people stranded inside their cars and homes.

For those unable to make it to one of Mack’s shelters, there is a list of shelters throughout the Houston area. #binspirednews

Jeremy Farrar on the Coronavirus: “We Are in a Dramatic Race Against a Changing Virus”