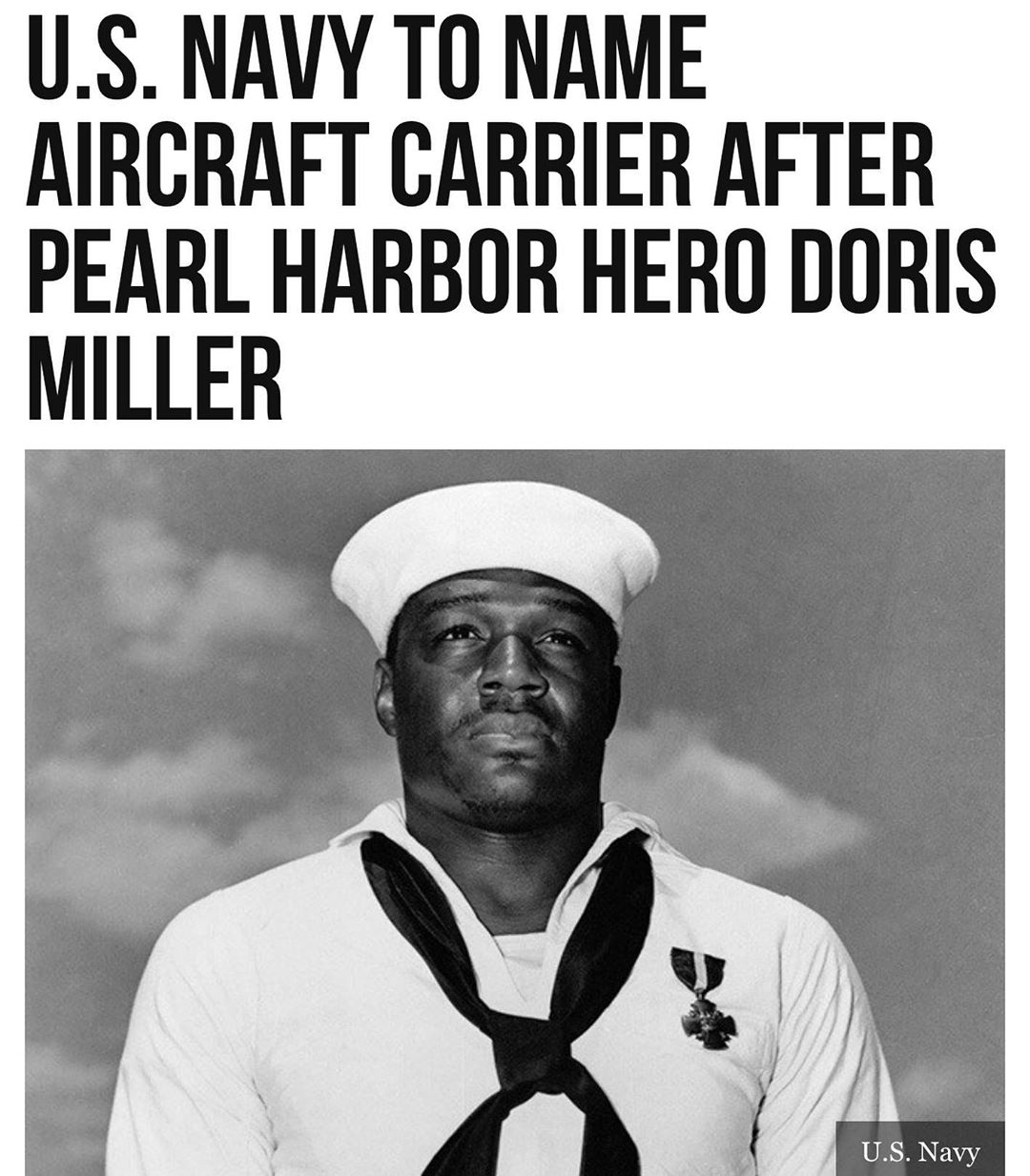 The #USNavy is planning to name an aircraft carrier after Mess Attendant 2nd Class Doris Miller, the first black man to receive the #Navy cross for valor.

The Navy expects to make the announcement on Monday at #PearlHarbor, the Honolulu Star-Advertiser reported.

Miller was honored for using a machine gun on the #USSWestVirginia to return fire against airplanes during the Japanese attack on Pearl Harbor on December 7, 1941.

The 22-year-old Miller was collecting laundry when the attack alarm went off. A torpedo destroyed his usual battle station so he went on deck to carry wounded sailors to safety before he received orders to aid the severely wounded captain. “He subsequently manned a 50-cal. Browning anti-aircraft machine gun until he ran out of ammunition and was ordered to abandon ship,” the Navy said, adding that Miller was not trained to use the gun.

Adm. Chester W. Nimitz, the head of the Pacific Fleet, gave the Navy cross to Miller in May 1942 in Pearl Harbor.

Miller died after a Japanese submarine torpedoed the ship he was serving on in November 1943.

The USS Miller, a destroyer escort, has also been named in his honor. “I think that Doris Miller is an American hero simply because of what he represents as a young man going beyond the call of what’s expected,” said Doreen Ravenscroft, a team leader for the Doris Miller Memorial.

Ravenscroft said Miller’s story was so extraordinary because a black man was not allowed to use a gun in the military in 1941. “Without him really knowing, he actually was a part of the Civil Rights movement because he changed the thinking in the Navy,” Ravenscroft said.

Two of Miller’s nieces will be on hand to hear the announcement on Martin Luther King Jr. Day this Monday.

A Marathoner’s Take on COVID-19