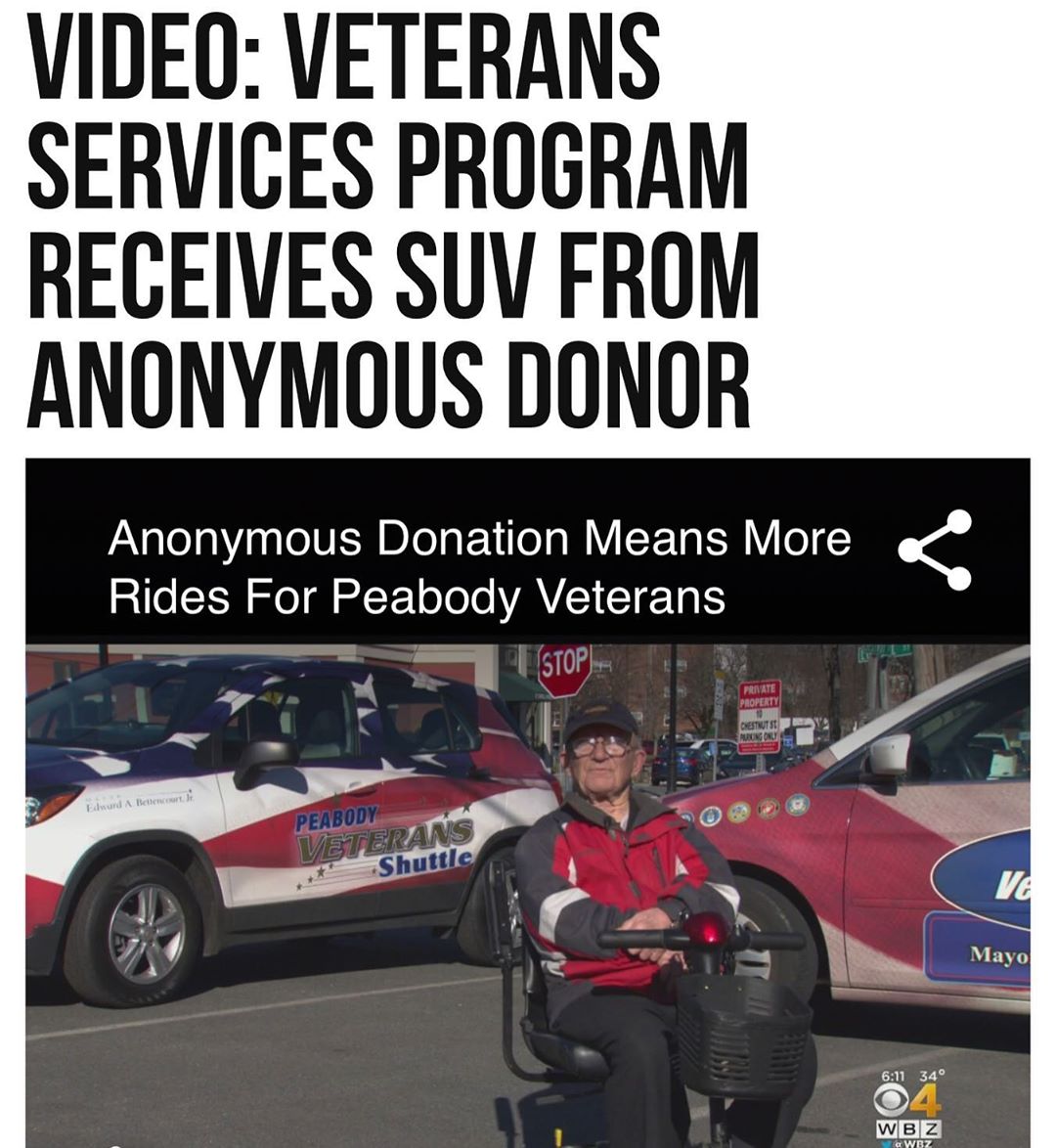 The #VeteransServicesDepartment in #Peabody, #Massachusetts, recently got a huge surprise from an anonymous donor.

The department’s staff was shocked when they heard that a brand new Chevy SUV was left parked outside City Councillor Anne Manning-Martin’s home nearly two weeks ago. “It floored all of us,” said Steve Patten, Peabody’s veteran services officer, adding, “This angel decided to purchase a car for the veterans.” Patten said the car will be used to get local veterans wherever they need to go, free of charge.

He continued: “A lot of family members struggle to get their elderly parents for example to their medical appointments because they have to take time off from work and now they don’t need to do that. We will literally pick you up at your door, drive you to the medical appointment, wait with you there and drive you home.” The anonymous person also left a note on the car’s windshield that read, “We want to make the lives of Peabody veterans a little bit easier.” “They signed it ‘Anonymous,’” Patten explained, adding, “These people, they donated their own money – almost $30,000 – to help people.” The department’s website said its mission is to assist veterans and their dependents by helping them apply for benefits and medical care and services.

Mayor Ted Bettencourt said the surprise gave him a “great deal of happiness” and called the anonymous person a “hero.” “I know people are excited to have that additional vehicle to help,” he commented.

Patten said the SUV, along with the department’s old van, will allow them to expand their services. “The addition of the new car is going to allow us to double our efforts to take more veterans to their medical appointments. They say it takes a village, and the village came together and took care of our veterans,” he stated.

Army veteran Clifford Provencher expressed his thanks to the anonymous donor and said without the department’s transportation program, he would not make it to see his doctor. “I use this ride for everything,” he commented.

The anonymous donor even paid for the car to be wrapped in an American flag with the words “Peabody Veterans Shuttle” printed on the side. #binspirednews

North Korea accused of using virus to crack down on rights