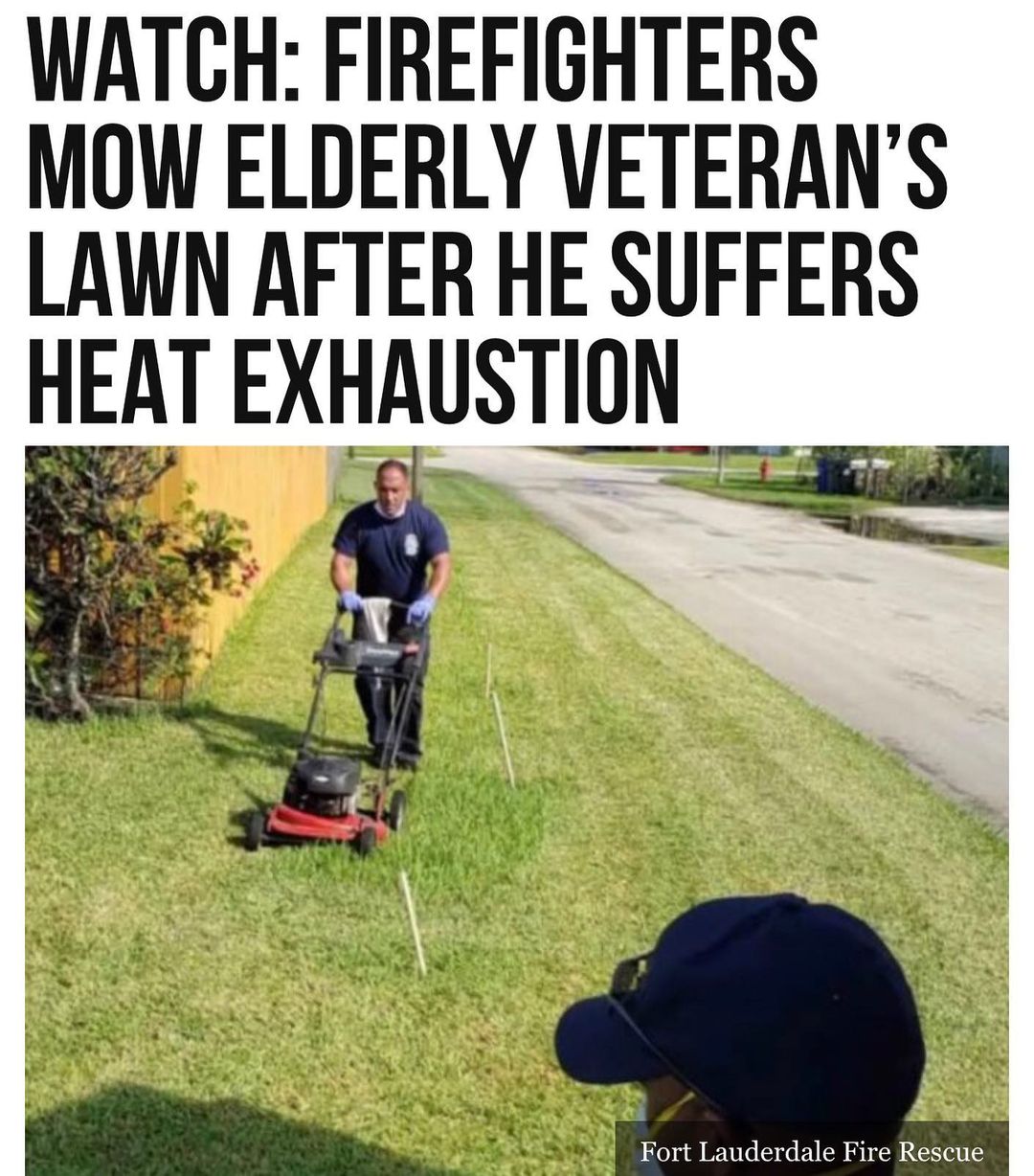 Three #firefighters went the extra mile this week for an elderly #Army #veteran who experienced heat exhaustion in #FortLauderdale, #Florida.

Eighty-three-year-old Prince Pinkney and his wife, Rebecca, were tending their yard Monday when he began feeling sick, according to WSVN.

“It was hot, and I got overheated,” he told the outlet.

To make matters worse, the veteran fell down when the leg that never fully recovered from a stroke he suffered years before gave out on him.

“He slipped, he just fell. I had him by the arm, but I couldn’t hold him up,” his wife recalled.

A passerby saw what happened and called the Fort Lauderdale Fire Rescue (FLFR) for help. Minutes later, three crew members arrived to treat him and his wife and make sure they were fine.

However, when the men saw the Pinkney’s lawn still needed mowing, they took over the job. Cell phone video shows one of the paramedics pushing the lawnmower and another using what appears to be a weed eater.

“I think we can cut their lawn while we’re doing this, and next thing I know…” said FLFR Lt. Matthew Wells.

“It wasn’t much of a discussion,” another crew member added.

Once they were finished, Rebecca expressed her gratitude for their help.

“I thank you so much for cutting the yard for me,” she said.

A few hours later, the crew showed up at the couple’s home again to check on them.

“Thank you very, very much,” said the veteran who served as a missile tech in Vietnam.

Before they left, the crew members saluted Pinkney and his wife.

“Their story is amazing in itself. Their age, what they’ve gone through, his history as a veteran serving this country,” FLFR Capt. Terry Maylor noted.

“If that doesn’t move you to go ahead and do what you’re capable of, then nothing will,” he continued.

Facebook users also praised the crew for stepping up to meet the couple’s needs.

“Very nice, Team! You are way more than fire fighters [sic]! Thank you for all that you do,” one person wrote.

“Over and over our firefighters show their dedication and service to our citizens. Thank you always for being so great,” another commented. #binspirednews

Socialist Utopia: A City in Brazil Experiments with the Unconditional Basic Income