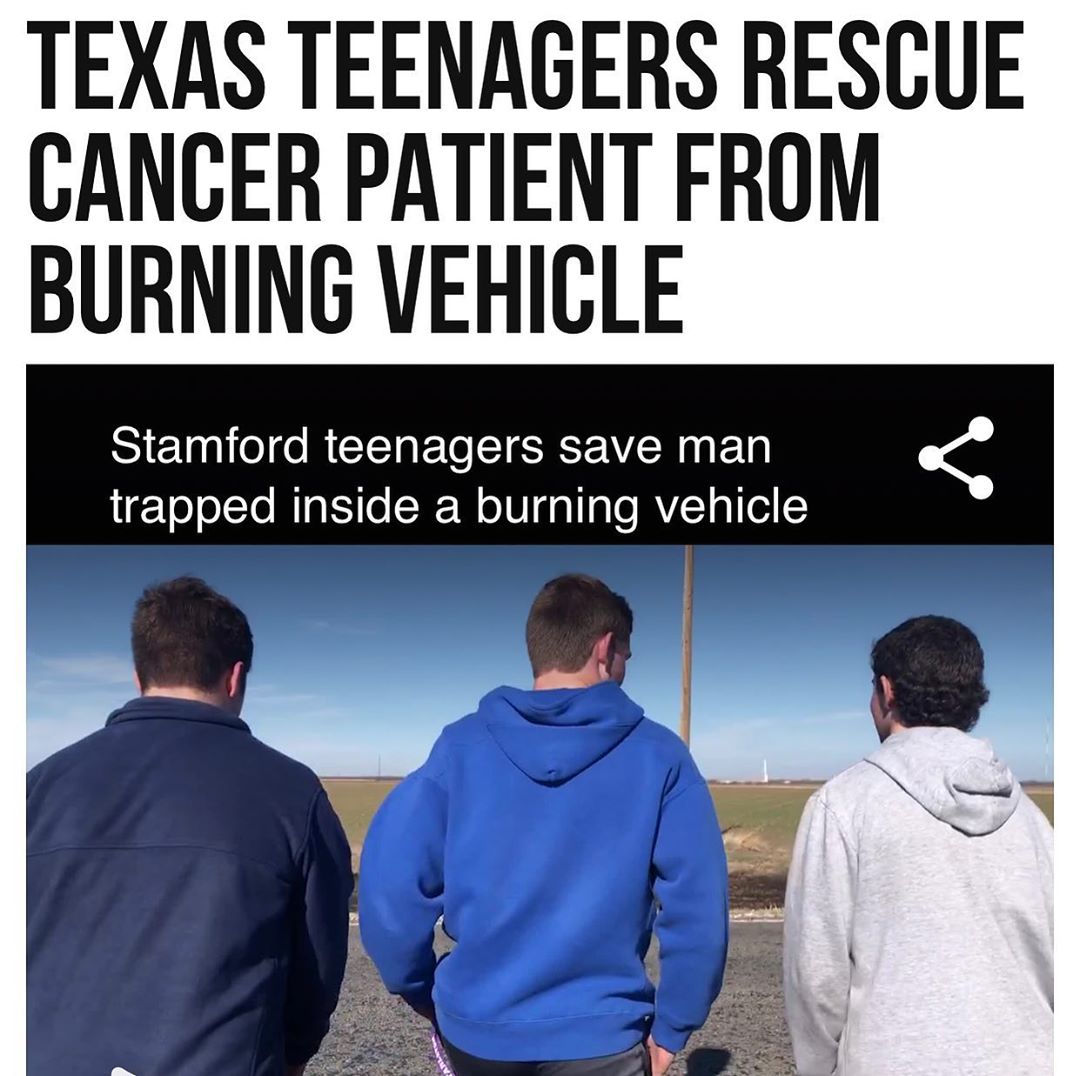 Three teens from #Texas are being praised for their heroic actions after they rescued a cancer patient who was trapped inside a burning vehicle.

Brett Patterson, Keith Richards, and Luke Thane, of Stamford, Texas, were on the road when they came across the burning car. When they pulled over, they realized there was a man trapped inside that burning car. “We were driving up, and we saw a light in the distance, and we thought it was just a small grass fire. Those happen all the time,” Luke Thane told KTXS 12 News. “But we passed by a car, and that car was on fire, and there was a man inside that car on fire as well.” The men called 911 and worked with a fourth man, Cato Macias, to pull the victim out of the vehicle. The car exploded minutes later, KLBK reported.

The victim, identified as Mondo Mendoza, had been driving home after receiving a cancer treatment when his car caught fire. After the rescue, he attempted to go back to the car to retrieve his medication, but the boys prevented him from doing so. “Your medication is replaceable, your life is not,” Thane said to the man before his car exploded.

Mendoza suffered third-degree burns to his legs, but nobody else suffered any injuries. “I’ve had a lot of people tell me that and congratulations, but I don’t really think that,” said Richards. “I was doing what anybody else would do. If you see something like that happen, then you should act on it.” The three teens have also set up a GoFundMe page for Mendoza to help him out with his expenses. As of Monday afternoon, the page has raised more than $2,000 out of its $10,000 goal. #binspirednews 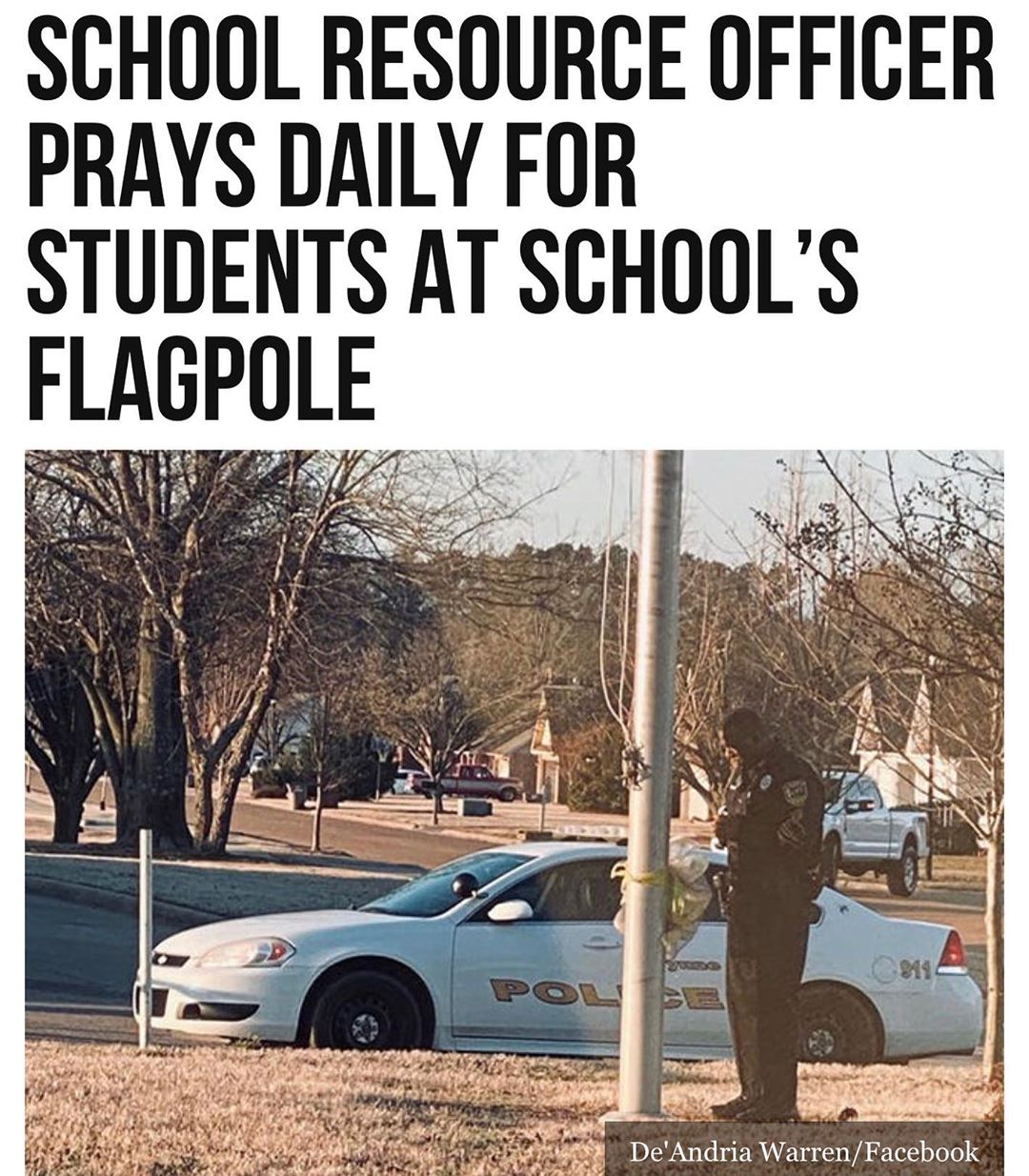 VW, BWM, Daimler: The Race to Beat Tesla at Its Own Game

U.K. eyes mass testing as it takes next steps out of coronavirus lockdown