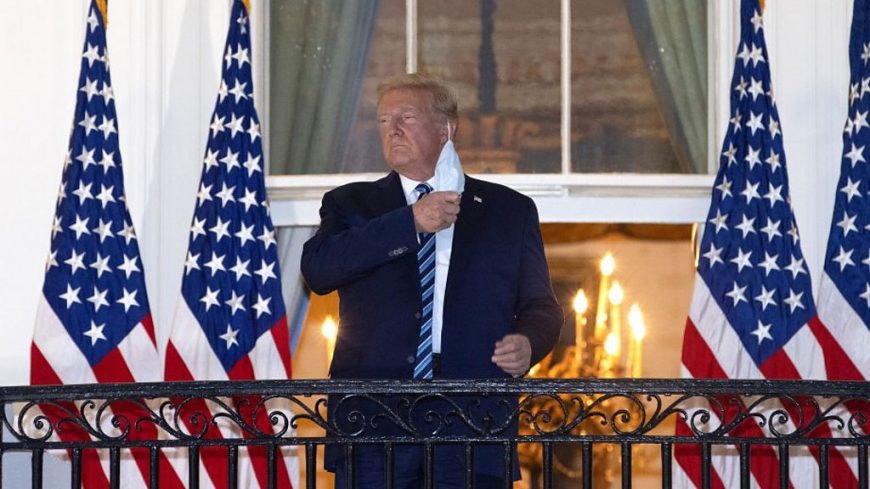 US President Donald Trump has made a theatrical return to the White House to continue his treatment for coronavirus after a three-night hospital stay.

Mr Trump, who is still contagious, removed his mask on the balcony of the White House, while posing for pictures.

His physician said he would continue treatment from there, and he “may not entirely be out of the woods yet”.

Several of Mr Trump’s staff and aides have also tested positive for the virus in recent days.

Questions remain over the seriousness of Mr Trump’s illness after a weekend of conflicting statements.

Mr Trump’s diagnosis has upended his campaign for a second term in office, less than a month before the Republican president faces Democratic challenger Joe Biden in the presidential election.

What happened during Trump’s return?

After a short helicopter ride, Mr Trump was pictured alone on the Truman Balcony of the White House. He removed his protective face mask, before giving a thumbs-up and a military-style salute.

A couple of hours later, he tweeted a campaign-style clip of his return set to stirring music.

Mr Trump also recorded a video message, urging Americans to get back to work.

Mr Trump also speculated: “Now I’m better, maybe I’m immune, I don’t know”. The World Health Organization says it is too early to know if people who have recovered from Covid-19 are protected from a second infection, and if so, how long this protection might last.

He also promised that vaccines were “coming momentarily”, although the US Centers for Disease Control has said no vaccine is expected to be widely available before the middle of next year.

Before leaving hospital, the president told Americans in a tweet not to fear the disease and said he would be back on the campaign trail “soon”.

Democratic presidential nominee Joe Biden said he was “glad” the president appeared to be “coming along pretty well”.

But he criticised Mr Trump, saying: “Anybody who contracts the virus by essentially saying masks don’t matter, social distancing doesn’t matter, I think is responsible for what happens to them.”

According to US public health guidelines, Mr Trump should remain in isolation for up to 10 days after symptoms first appear. The White House says the president first started to appear ill on Thursday evening, and later tested positive.

Donald Trump says he has overcome the coronavirus – and you can, too.

In his video message from the White House, a mask-less Trump tells the American public: “Don’t be afraid of it. You’re going to beat it.”

And so the president’s message in the final weeks of his re-election campaign takes shape. He contracted the coronavirus because he was an out-front leader and he “had to do that”.

“Nobody that’s a leader would not do what I did,” he said.

It is a message almost messianic in its undertones – one that the rest of his party is amplifying. The president has suffered and overcome, and will lead the nation to a promised land beyond the virus.

There is political and personal risk for the president, of course. He could experience a relapse or long-term medical difficulties. Americans who have lost loved ones to the disease may find his words and actions ill-considered or offensive.

The president, however, seems determined to turn his recent weakness into a strength.

What did Trump’s doctors say?

Navy Cdr Sean Conley, the White House physician, said on Monday afternoon that Mr Trump, whose oxygen levels dipped twice over the weekend, “may not entirely be out of the woods yet”.

But he said the medical team agreed the president’s status and progress “support his safe return home, where he’ll be surrounded by world-class medical care 24/7”.

Dr Conley refused to answer questions about when Mr Trump last received a negative test or to go into the specifics of his treatment. He would not offer details regarding the president’s scans to check for pneumonia, citing patient protection laws.

He did confirm Mr Trump is still on the steroid dexamethasone and has received three doses of antiviral drug remdesivir. He was to receive another before discharge and a fifth at the White House.

When asked about whether Mr Trump was safe to travel for campaign events, Dr Conley said: “We’ll see.”

“If we can get through to [next] Monday with him remaining the same or improving, better yet, then we will all take that final deep sigh of relief,” he added.

What’s the latest with the White House outbreak?

The president’s discharge comes as more new cases have been reported among White House staff.

US media said two other aides to the press secretary had had positive results. Ms McEnany was seen speaking to journalists without wearing a mask on Sunday but said no members of the press had been listed as close contacts by the White House medical unit.

Mrs Trump, who is 50, has been isolating at the White House, reportedly with mild symptoms. In a tweet she said: “I am feeling good [and] will continue to rest at home”.

Many of those attended a gathering at the White House Rose Garden on 26 September that is being scrutinised as a possible “super-spreader event”.

Among them is former New Jersey Governor Chris Christie, who said on Saturday he had checked himself into hospital because he is asthmatic, a known high-risk factor.

The latest coronavirus case to emerge from that event, at which the president unveiled his nominee for the US Supreme Court, is a Christian minister from California.

Pastor Greg Laurie, who is said to have mild symptoms, was also with US Vice-President Mike Pence earlier in that day at a prayer march in central Washington DC.

Plexiglass will be used to separate Vice-President Mike Pence and Democratic challenger Kamala Harris and limit the risk of Covid transmission when they go head-to-head in a debate in Salt Lake city, Utah, on Wednesday. Both candidates have recently tested negative. 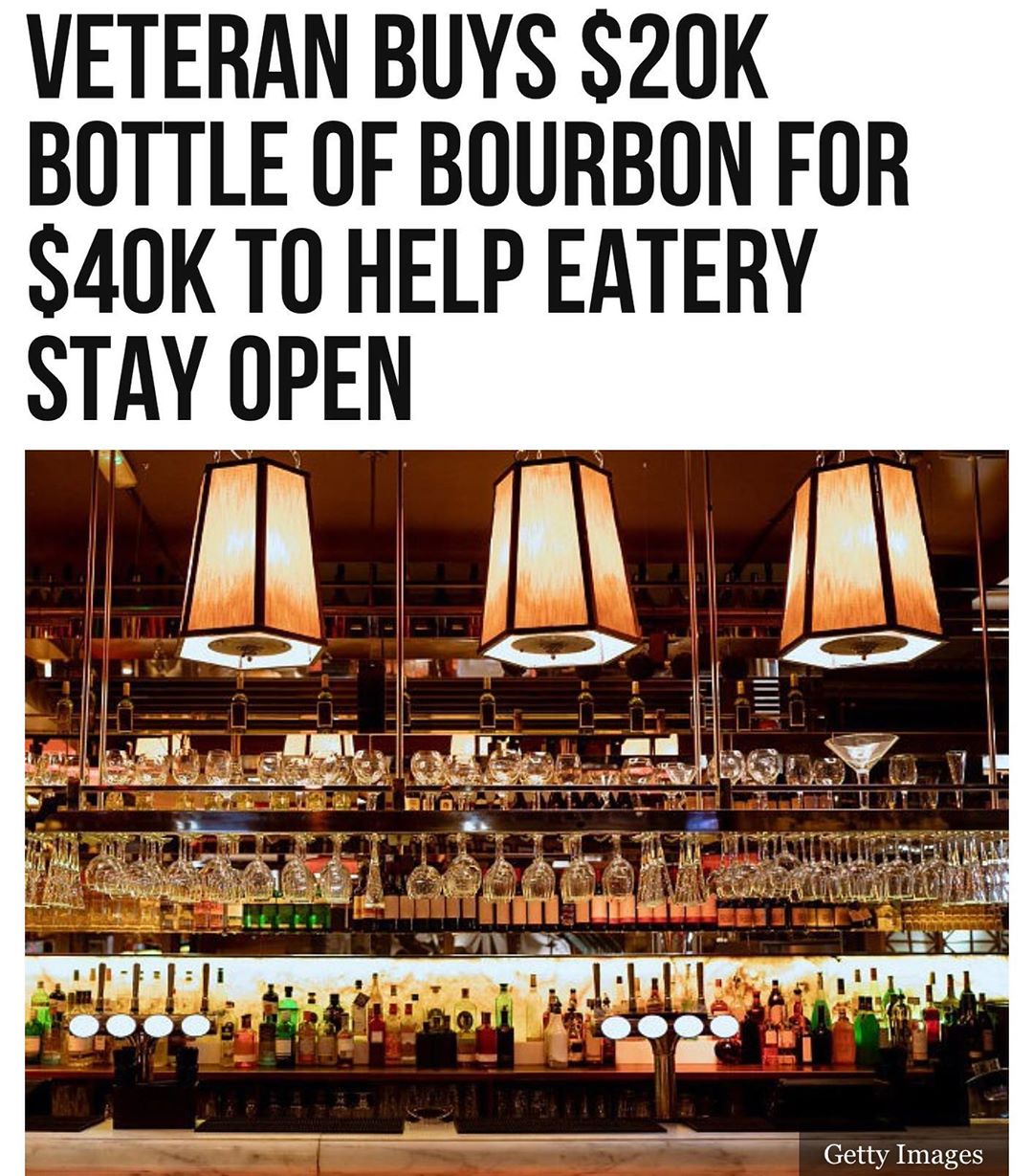 A #Florida #veteran and philanthropist bought a $20,000 bottle of bourbon for $4… 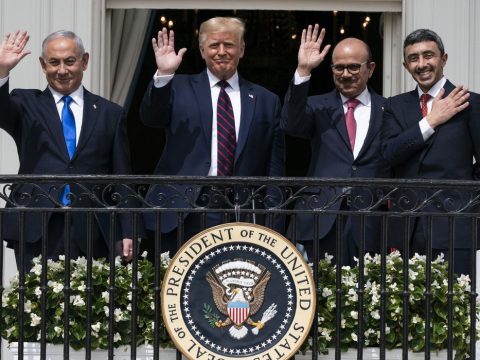 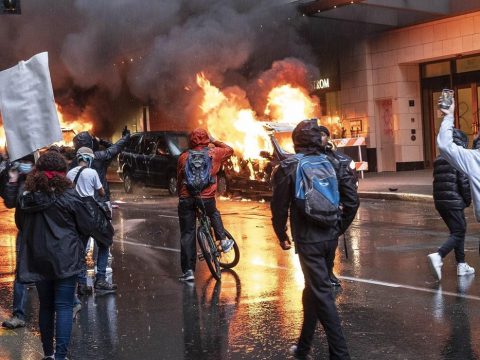