We spent an awful lot of time this spring talking about viruses and how they spread.

One person infects another person, who infects a third, who then has contact with a larger group of people and infects 20 more, each of whom — and you know how it works. It’s exponential.

Pretty soon individuals thousands of miles from the source of the outbreak start getting sick.

TUCKER CARLSON: VOTERS NEED TO DEMAND CHANGE FROM THE GOP

What we now know is that craziness spreads very much the same way. A single lunatic can pass a debilitating case of it to millions of others with just one appearance on MSNBC or a long thread on Twitter.

Hysteria is the most communicable disease known to man and we’re now living through a pandemic of it.

On Memorial Day weekend, a man called George Floyd died in police custody in Minnesota. That’s where this outbreak first began. Minneapolis was our Wuhan. The first cases appeared a little over a month ago. Here’s the state of the pandemic now as seen in these videos:

UNIDENTIFIED MALE (voice over): It was just before midnight Thursday when protesters began dismantling and toppling the statue honoring Christopher Columbus in Civic Center Park.

UNIDENTIFIED MALE (voice over): Crews moved in and destroyed what was left.

UNIDENTIFIED MALE (voice over): One protester climbing up a statue and began spray painting its face and hands, possibly symbolizing blood, while others spray painted the words “George Floyd,” “BLM” for Black Lives Matter and the communist symbol.

UNIDENTIFIED MALE: And they have just torn down the statue of Christopher Columbus. The statue has been here since 1931.

So to translate what you just read into the clinical language of epidemiology, holy smokes, this is getting really crazy.

So, why are people attacking Columbus’s statues? Well, who knows? You’re definitely not allowed to ask. Questions are not permitted during hysteria and epidemics. Logic of any kind seems to dramatically increase the severity of the symptoms.

A patient may appear to be recovering from hysteria, speaking in nearly complete sentences, bathing independently on occasion, but then a single direct question will send him into a tailspin.

A renewed attack of slogan shouting, anarchist graffiti, hours of hostile tweeting the disease back and forth. It’s safer not to say a word.

That’s definitely the policy over at the Senate Republican Conference on Capitol Hill. Republican senators have decided not to disturb the patients in any way, even as they rampage through America destroying our culture and history. It’s easier to give them what they want, so that’s what they’re doing.

Ron Johnson of Wisconsin and James Lankford of Oklahoma are both Republican senators. Wednesday, they introduced legislation to abolish Columbus Day. They want to delete it from the National Calendar and replace it with Juneteenth.

This is a big change. Americans have celebrated Columbus Day as long as we have had a country since 1792. Columbus Day is a celebration of the nation itself. That’s why it’s a National Holiday.

Juneteenth is newer. Three weeks ago, many people had never heard of it. Even the media seemed oblivious to its existence.

From 2012 through 2017, CNN did not mention the word Juneteenth a single time on the air. Barack Obama, who was the president never tweeted about Juneteenth once during the entire span of his presidency, not one time.

Juneteenth commemorates the freeing of the American slaves. Emancipation is one of the great moments in America’s history. It’s why we consider Abraham Lincoln a hero.

But paradoxically, and this is odd, the people who are pushing Juneteenth on the country do not consider Abraham Lincoln a hero. They’re pulling down the statues along with Columbus’s.

Confused? Well, that’s the nature of a hysteria outbreak. Nothing makes sense.

Senators Johnson and Lankford may be a little confused as well. They described themselves as conservatives, improbable as that may seem. On some level, they may suspect that all the yelling about Columbus Day and Juneteenth doesn’t really have much to do with Emancipation or civil rights, more likely, it’s just another way to humiliate and demoralize Americans.

On some level, they know that, but they’re ignoring it. It’s just easier to do with the hysteria patients command. Unless of course, their voters notice them doing it.

A couple of weeks ago, Senator Mike Braun of Indiana sponsored a bill designed to punish the police. At the very moment the country was undergoing widespread looting, arson and violence — rioting.

Then Braun endorsed the radical racial separatists, BLM movement. At first, Braun’s Republican constituents didn’t seem to realize their senator had done any of this. But when they found out, they were enraged, and they let him know about it loudly.

Mike Braun is now running away from his own bill. If Mike Braun were up for election this year, he would lose.

Senators Lankford and Johnson are praying nothing like that will happen to them. They’re hoping to quietly eliminate Columbus Day and then move on to the next item on the rioter’s list of demands. Will they be able to do that?

Well, it all depends on whether or not you let them know that you noticed they’re trying to cancel Columbus Day. If you don’t say anything about it, there is no telling what Johnson and Lankford might do next.

Just the other day, for example, The New York Times ran a piece suggesting that we knock down George Washington statues and purge our country’s founder from our collective memory.

Wednesday, the paper announced that we should consider closing Mount Rushmore because, of course, racism.

Senators Johnson and Lankford have not yet endorsed those ideas; at this rate, it may not be long before they do. So, the question is what other acts of revolution and cultural desecration can we expect from our suddenly woke Republican senator friends?

What do you think they will do if you don’t say anything? Which other holidays will they be canceling?

Obviously, July 4th, will be first on the list as anyone at The New York Times can tell you, America is inherently racist and has always been therefore, celebrating independence is no less racist.

And then of course Presidents’ Day. Officially, Presidents’ Day is Washington’s birthday and as you just heard, he is evil — too evil have a statue, so how can have a holiday? It doesn’t make sense.

And by the way, every single president has been a man.

How about Thanksgiving? No way can we stick that holiday on our calendar. Not only was it established by Abraham Lincoln, a man so filthy, his statue is being removed from Boston, but not a single one of the pilgrims wasn’t from England.

Veterans Day and Memorial Day, well, until 70 years ago, the Armed Forces were segregated, so the people who fought and died in America tours were racist. So, you can’t honor them. Come on. Off the calendar.

You’d think that New Year’s Day would be safe. Nothing controversial about New Year’s Day. Whoa. Dig into the history, ladies and gentlemen, the Romans were the first civilization to start the year on January 1st, and guess what? The Romans owned slaves.

And why stop by the way at official holidays? Why are any holidays acceptable? Mother’s Day and Father’s Day? Both perpetuate the gender binary.

Halloween is just a festival of cultural appropriation. It must go.

What else will they do if we don’t stop them? 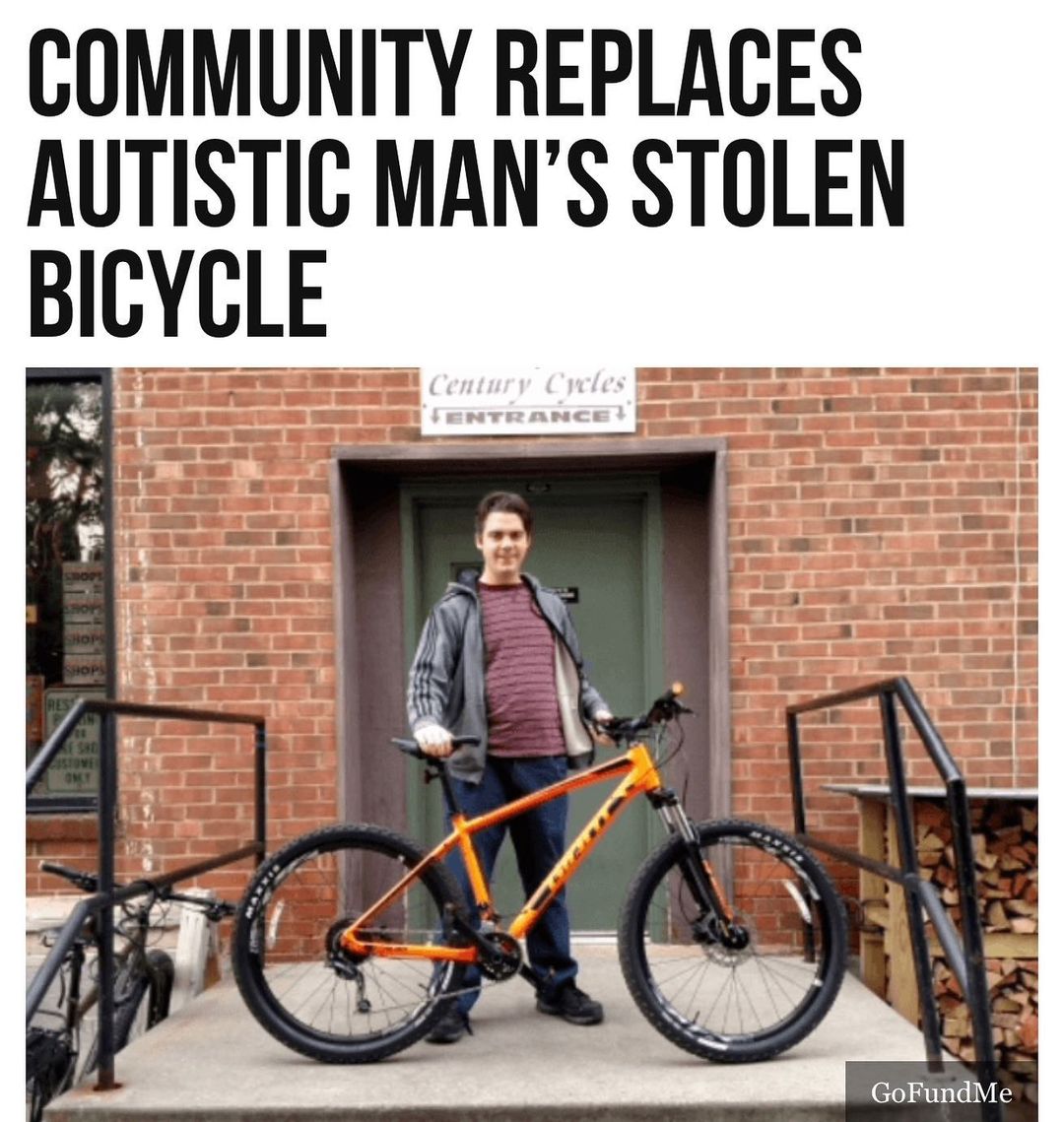 Neighbors in Fairview Park, Ohio, have stepped up to replace an autistic man’s b…