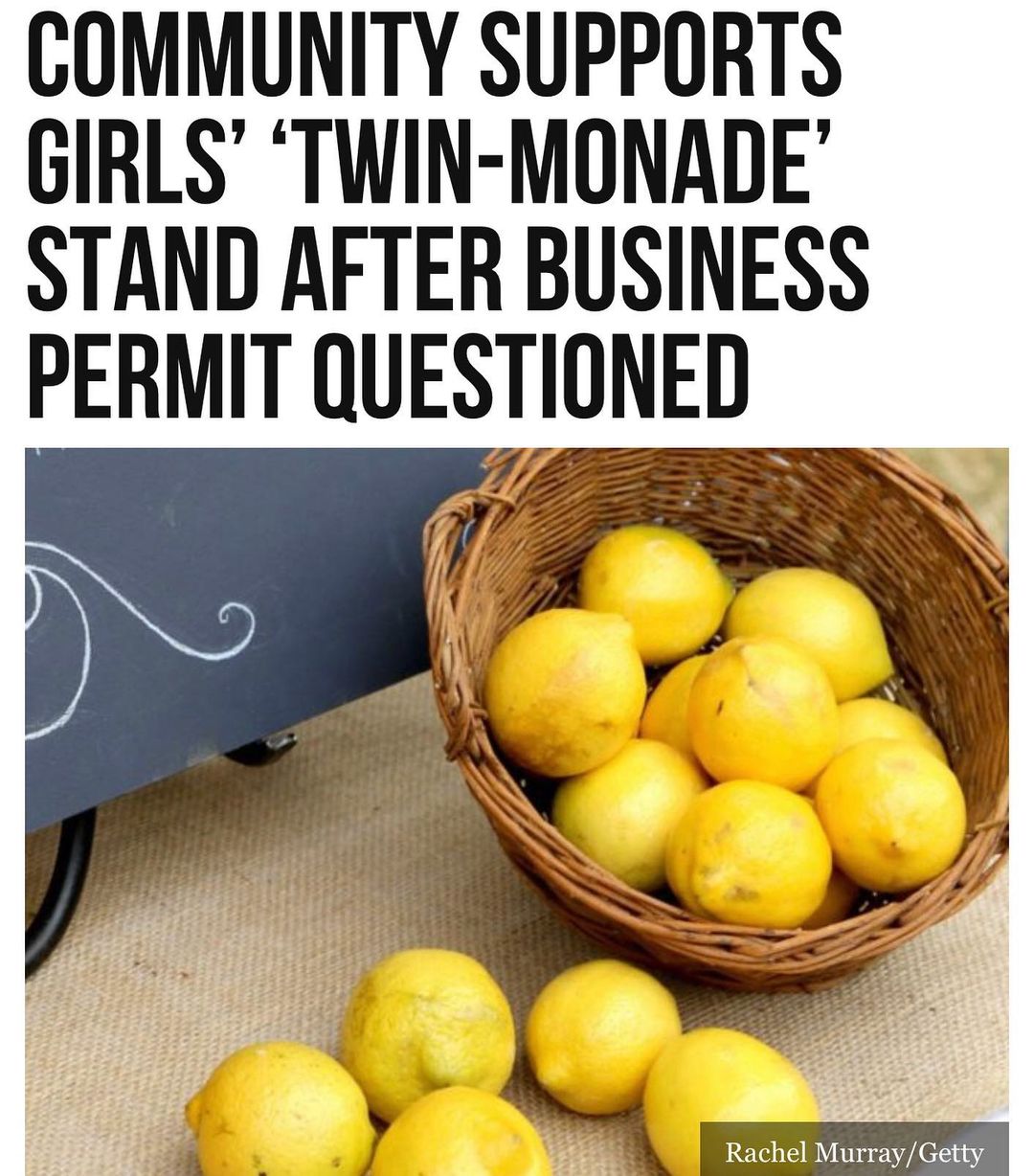 Twin entrepreneurs in #Savannah, #Georgia, are learning how to run a successful business thanks to massive support from their neighbors.

A few weeks ago, seven-year-old twins Kamari and Kamera asked their mom, Charnise Anderson, if they could open a lemonade stand, according to WTOC.

“We got the name because they are twins and then they said they wanted to sell lemonade so we just put it all together for twin-monade,” she recalled.

However, when a photo of the girls’ stand was posted online and someone asked if they had a permit to run it, the Anderson family rebranded the business and got the paperwork they needed to be allowed to serve their customers.

Once word about their efforts spread, people began lining up on the corner of Skidaway and Pennsylvania to buy the twins’ lemonade that came in a variety of flavors.

“The fact that their parents did let them get shutdown and they just continued to encourage them that much. I think it’s really important, an important message to send for them for their future,” said customer Melyssa Amann.

Sunday, CBS News shared a video of the girls greeting customers who came from all over town to buy their refreshing beverages and help celebrate Juneteenth:

“Juneteenth (short for ‘June Nineteenth’) marks the day when federal troops arrived in Galveston, Texas in 1865 to take control of the state and ensure that all enslaved people be freed,” according to History.com.

In celebration, customers Shannon and Aimee Baxter said, “We were talking today about it being #Juneteeth and ways to support black businesses so we thought this was the business that we wanted to make sure we supported today.”

Later, Charnise said they were thankful for their community and were excited to see the business continue to grow.