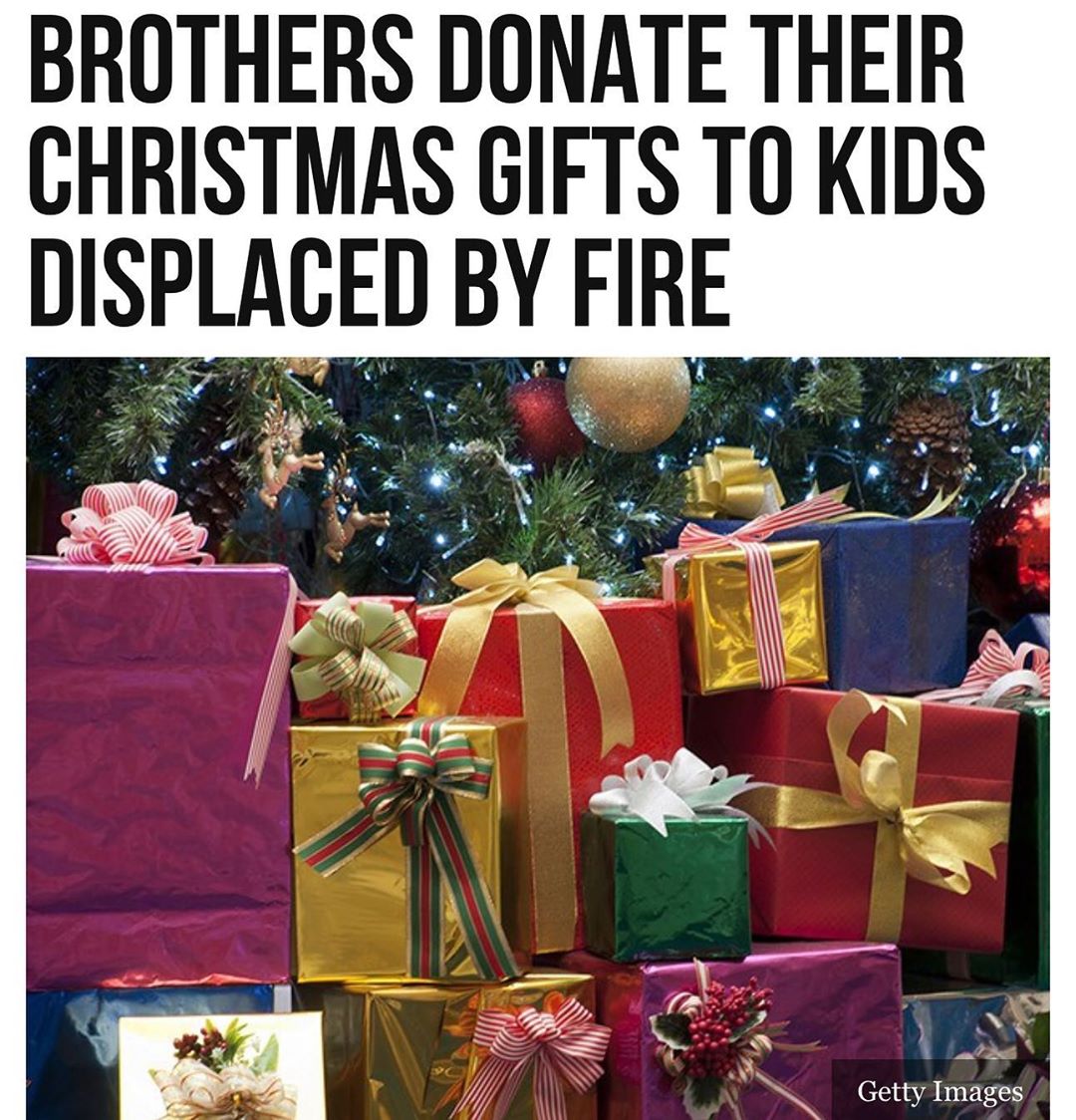 Two brothers decided to donate their #Christmas gifts to children displaced by a fire that broke out in a #Minneapolis, #Minnesota, building that houses the homeless on early Wednesday morning.

Brothers Andrew and Brandon Brundidge saw the call from local officials to help those displaced by the fire and did not hesitate to pitch in by donating their Christmas gifts to the children in need. “I decided we should take some of our Christmas gifts and donate them to the kids and people that lost things in the fire, since they’re probably having a rough Christmas,” Andrew Brundidge told WCCO.

Andrew gave away his Kyrie Irving autographed basketball sneakers to one of the children.

Brandon Brundidge gave away the Uno card game he received for Christmas even though he was “so excited to play it.” Fire crews were on the scene putting out hot spots on Wednesday, with the cause of the fire still under investigation. As of Thursday, fire crews remained at the scene extinguishing what was left of the blaze after spending all of Wednesday battling it, the Minneapolis Fire Department tweeted.

The building, called the Drake Hotel, serves as a temporary shelter for the homeless and an overflow homeless shelter when other homeless shelters in the city are full, the Star Tribune reported. It was built in 1926 and has 146 rooms. #binspirednews