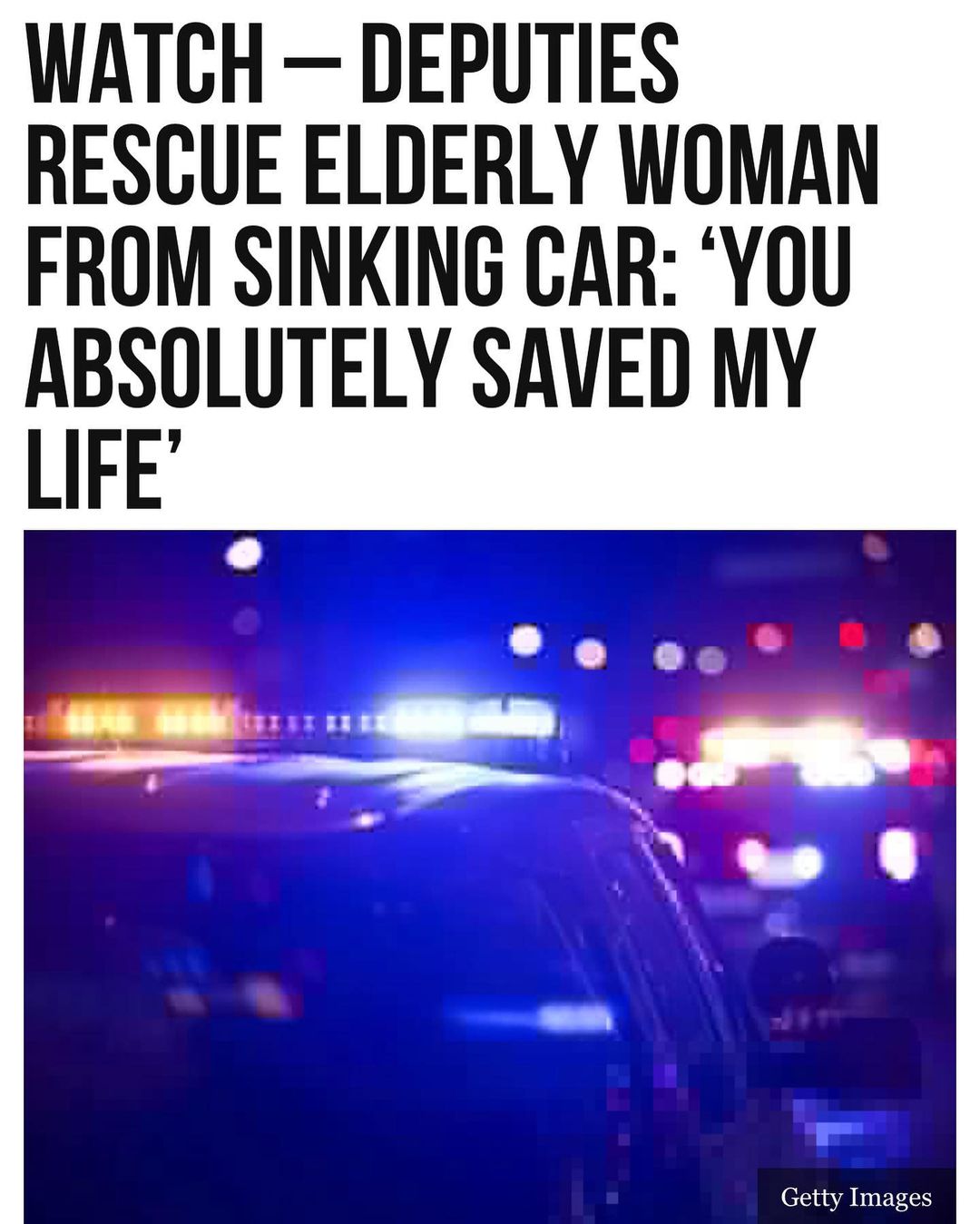 Two deputies are being hailed as heroes for rescuing a 73-year-old woman from a car that crashed into a #Florida retention pond over the weekend.

Deputies in Volusia County responded to reports about a car that went into the pond located in the DeLand area, News 4 Jax reported.

“According to the Volusia County Sheriff’s Office, the first deputy on scene, Deputy Nicholas Maletto, headed into the water and was soon joined by Deputy Patrick O’Melia. The deputies worked together to get the 73-year-old driver out of the sinking vehicle,” the outlet said.

Bodycam footage showed Maletto approach the half-submerged vehicle and open the door, telling the occupant to climb out the back.

“I’m trying,” the woman told him before he asked if she was unbuckled.

Infrared aerial footage showed Maletto and O’Melia work to extricate the woman from the rapidly sinking car. Moments after they freed her, the water engulfed the vehicle.

“I got your purse,” one of the deputies told her when they got the woman safely to the edge of the water where additional first responders helped lift her onto dry land.

During an interview Monday, the woman identified herself as Anita and said she missed the turn into her neighborhood just before the crash happened, according to Click Orlando.

“I was trying to get my seatbelt undone and then all of a sudden, there’s somebody tapping on my window,” she recalled, adding, “I was just shivering. I was so scared and cold and I was just so upset.”

Although she has no car or cellphone right now, Anita is grateful to the first responders who came to her rescue.

“I just want to thank all of you. You absolutely saved my life. I love each and every one of you,” she commented. “You’re wonderful and thank you for doing what you do.” #binspirednews

Biden inauguration security: What to know as DC locks down