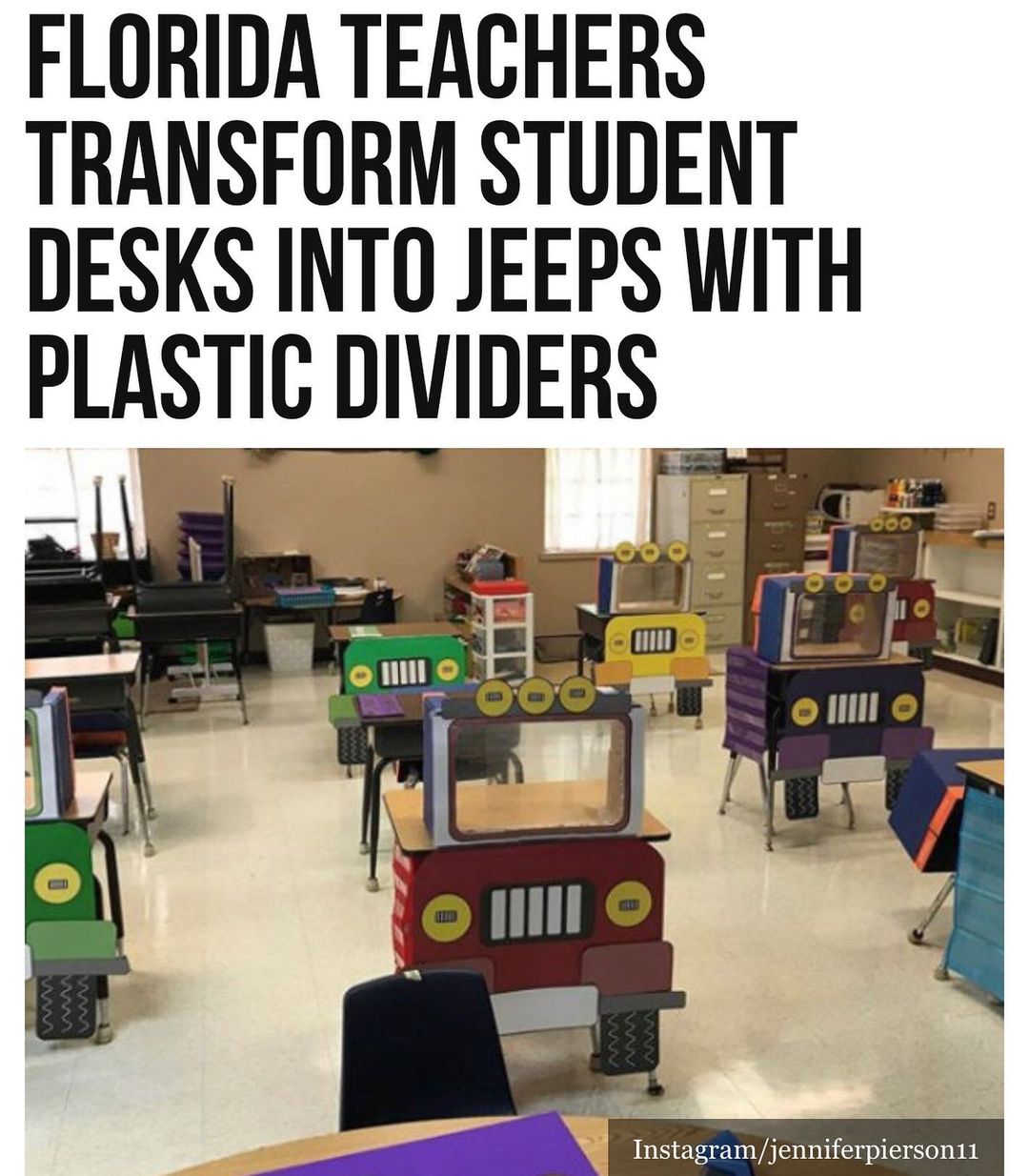 Two first-grade teachers decided to turn #SocialDistancing into something playful by turning the students’ desks into mini #Jeeps with plastic dividers.

The plastic dividers not only function as a safety tool for social distancing, but they also function as the cars’ windshields and windows.

“Anything that we can do to add some silliness and some creativity to get them excited is going to be really important in the longevity of this school year,” first-grade teacher Patricia Dovi told Insider.

Both teachers were inspired to change their classroom setups when a colleague showed Dovi a similar design on Instagram from an elementary school teacher in #Texas.

The school paid for the plexiglass tri-folds, and the teachers paid for the decorations out of their own pockets.

Martin estimates that the desks took about seven days to put together. Each of the students will expect to find their own little Jeep waiting for them when they return to school on August 26.

“It’s colorful, and it just shows the age of innocence,” Martin told Insider. “If we can get them to buy into the idea that sitting in a vehicle is really exciting, maybe it won’t be so hard to keep them at their desks.” #binspirednews

Benefits of Getting a COVID-19 Vaccine 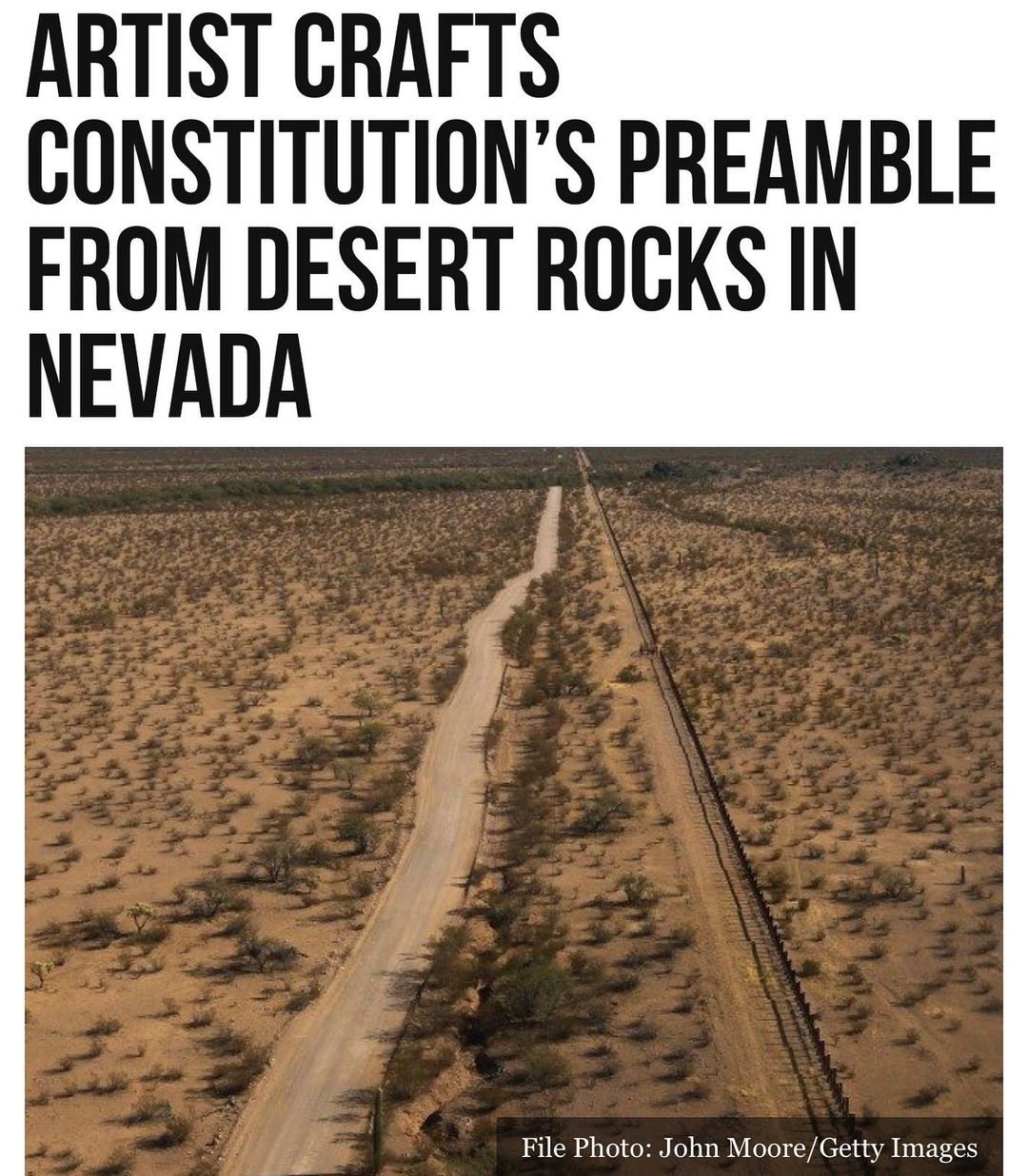 A #WashingtonDC, artist put the finishing touches on his #patriotic piece of art…