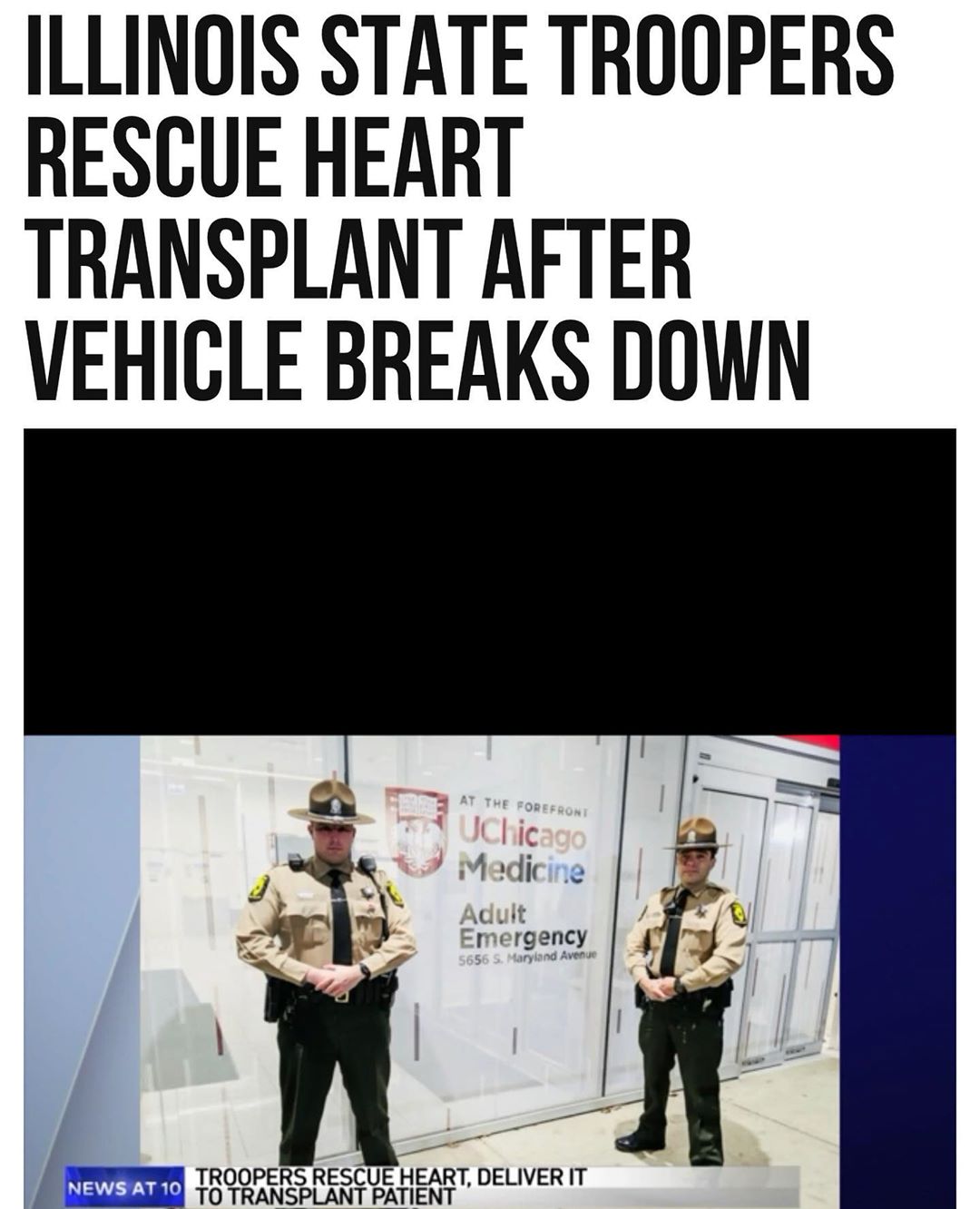 Two Illinois state troopers made it their mission this week to save a heart transplant in danger of not making it to the hospital in time.

When Troopers Cibrian and Snisko responded to a call of a motorist assist at 4:15 a.m. Tuesday in Des Plaines, they had no idea it would turn out to be an unusual emergency situation.

Once the troopers arrived at the scene, they realized the car with a flat tire sitting on northbound Interstate 55 at Throop Street was an organ transport vehicle.

The transport was carrying a human heart, along with a surgeon from the University of Chicago Medical Center, a transplant coordinator and a medical student. “Time is of the essence when it comes to transplant surgery,” said hospital spokesperson, Ashley Heher. “There is about a four to six-hour window of time for a heart to remain viable for surgery and the team had already been traveling for approximately 3 hours.” The troopers quickly transferred the precious heart and the three staff members into their squad car and rushed them to the hospital.

Thanks to the police escort, the organ arrived at its destination on time and doctors were able to perform the life-saving surgery. The patient who received the heart is now recovering and in good health. “Our District Chicago Troopers were able to turn a potentially bad situation into a thankful ending for at least one family this Thanksgiving holiday,” said Interim Captain Angelo Mollo. “I am extremely proud of our officers who acted without hesitation in this life-saving transport.” The department’s website stated that its mission is to “promote public safety to improve the quality of life in Illinois,” adding that “The Illinois State Police will strive for excellence in all we do – seeking to be one of the premier policing agencies in the country.” #binspirednews @ilstatepolice