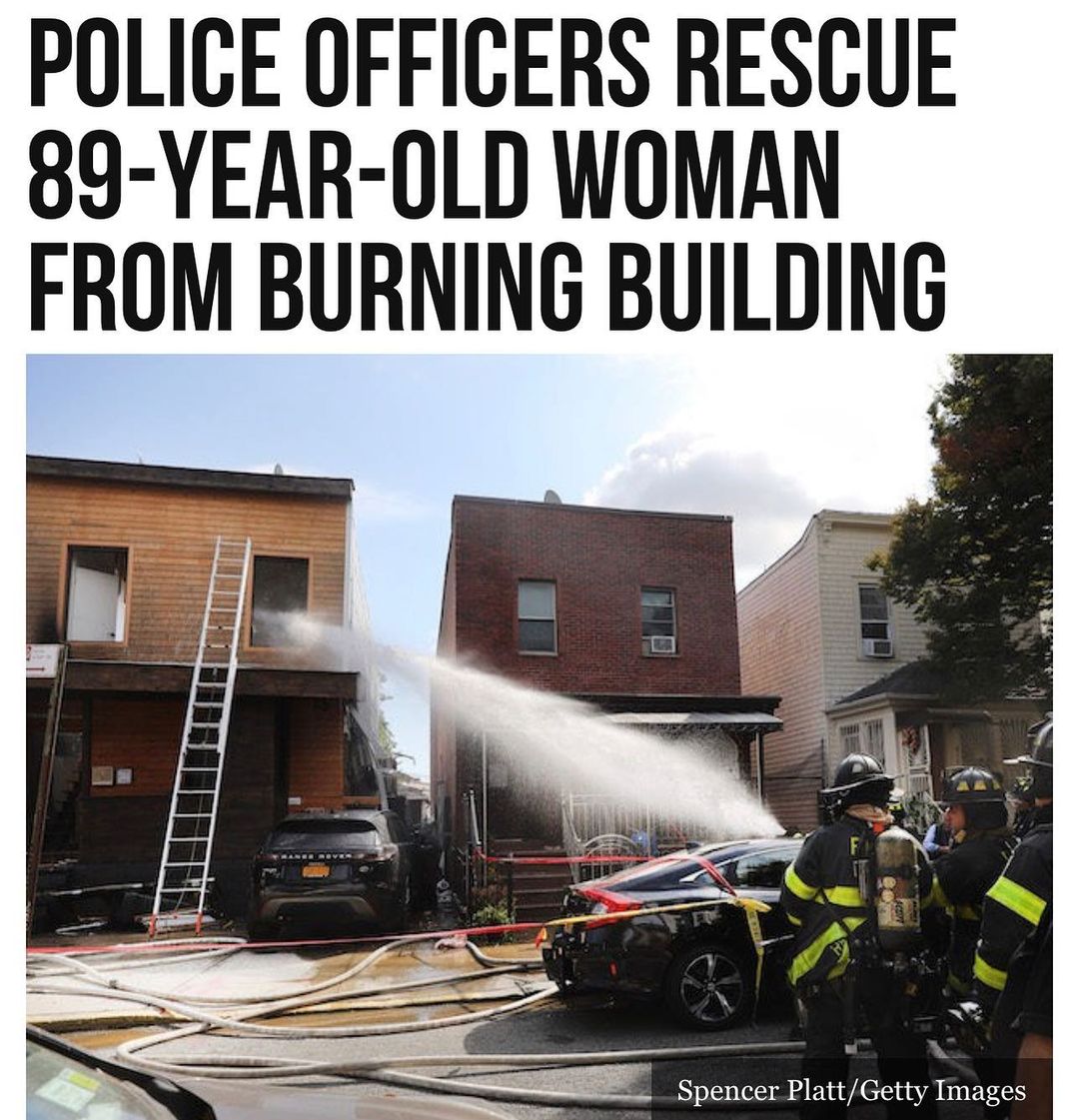 Two #Massachusetts #police officers rescued an 89-year-old woman from a burning building and are now being praised for their courageous actions.

Police say they were dispatched to a structure fire in Worcester around 1:20 a.m. Saturday, WCVB reported.

Once they arrived at the scene, responding officers witnessed the home as it was burning, fully engulfed in flames.

They also heard the commotion of people screaming for help in the rear hallway of the residence.

Police said two men were struggling to help the 89-year-old woman down from the second floor as smoke filled the halls.

Officers Timothy Foley and Daniel Pennellatore entered the building, found the woman in the stairway, and lifted her to safety.

“I grabbed her upper torso, (Foley) grabbed the legs, and we just carried her right out right alongside the house, actually, to the street,” Pennellatore said.

Paramedics treated the woman at the scene, and she did not suffer any serious injuries.

“I am grateful for the actions of two of our courageous police officers who rushed into a burning building to save a woman’s life,” Worcester City Manager Edward Augustus said in a statement.

“This incident is a reminder to all of our citizens of the dangers of policing and another example of how our city is safer because of their bravery and commitment to their duty,” the statement continued.

Police say the Worcester Fire Department took over to fight the blaze. No serious injuries were reported.

It is unclear how many people had been displaced by the fire.

These police officers are not the only ones who had gone above and beyond the call of duty to save someone’s life.