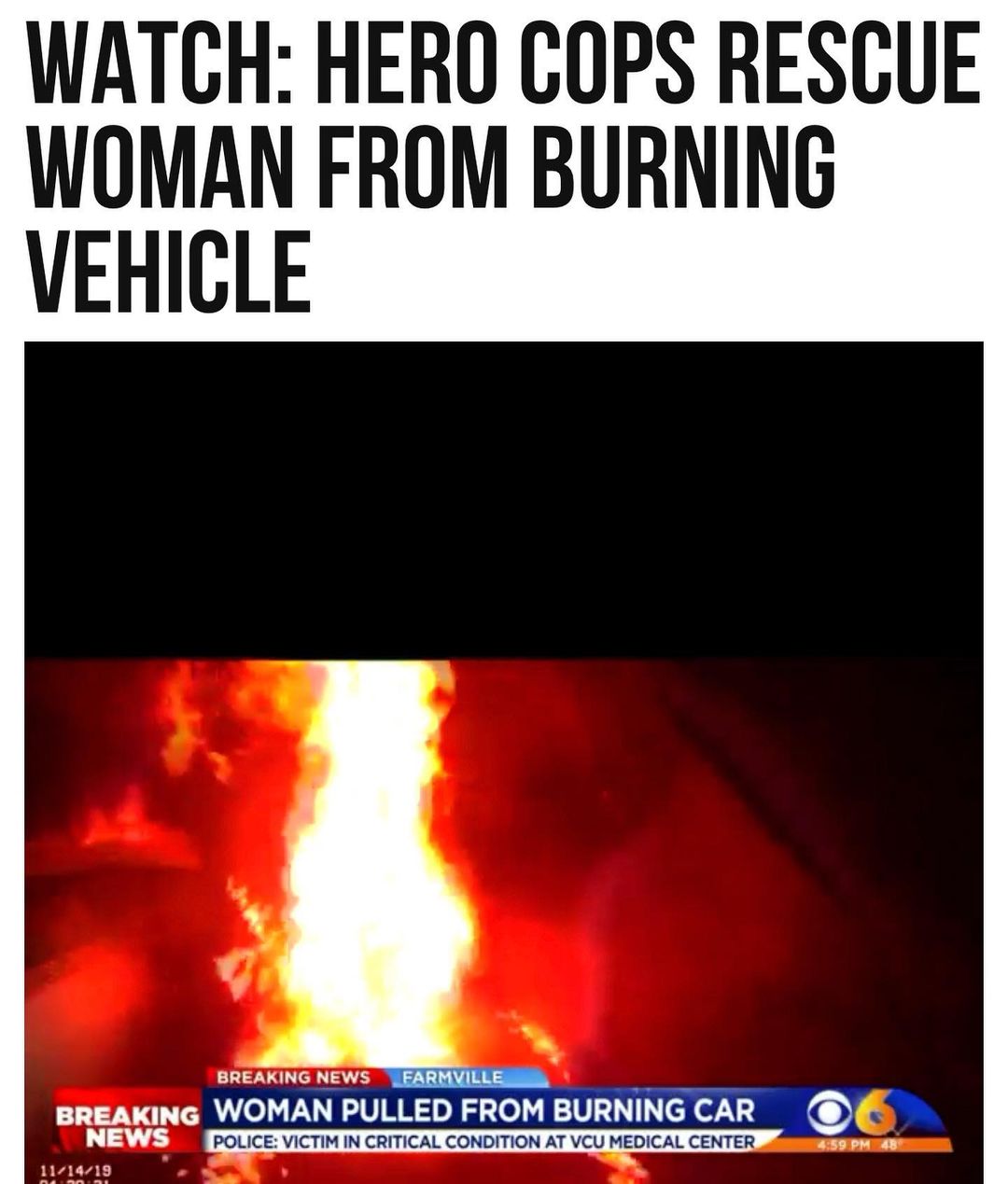 Two police officers are being hailed as heroes after they pulled an unconscious woman from a burning vehicle in Farmville, Virginia.

When Officers Dalton Foley and Olivia Martin responded to a call about a single-vehicle accident that occurred in the 1600 block of E. Third Street at 4:18 a.m. Friday, they had no idea what they were about to experience.

Heart-pounding body-camera footage showed the moment Foley approached the vehicle as flames climbed over it. The second he saw the driver trapped inside, he knew he had to act quickly. “She was breathing but unconscious, so I was able to cut her seat belt off and get her out,” he said of the tense moment.

The flames were rapidly engulfing the car as the two officers worked to get the 57-year-old woman to safety. “As soon as we pulled her out and you can see on the bodycam footage, we’re about four or five feet away from the vehicle dragging her and the cab of the vehicle had just caught on fire,” Martin said. “We got her out and she was able to hear us. She would nod and she was making sounds…(We were) asking her if she could breathe and she was nodding no and answering us,” she concluded.

Just moments after they got the driver a safe distance away from the car, it exploded into flames.

Friday, the brave officers said they knew what they had to do in order to save the woman’s life. “We’ll both be honest, we had a lot of fear, we’ve never dealt with anything like that so kind of in the back of your head, you’re scared, but you kind of have to put it down and have to go to work,” Foley stated. “We just did our job,” Martin said.

The woman was taken to a nearby hospital in stable but critical condition following her rescue. Authorities said the cause of the initial accident is currently under investigation. #binspirednews

Indonesia’s Covid-hit religious leaders give hope to their flocks