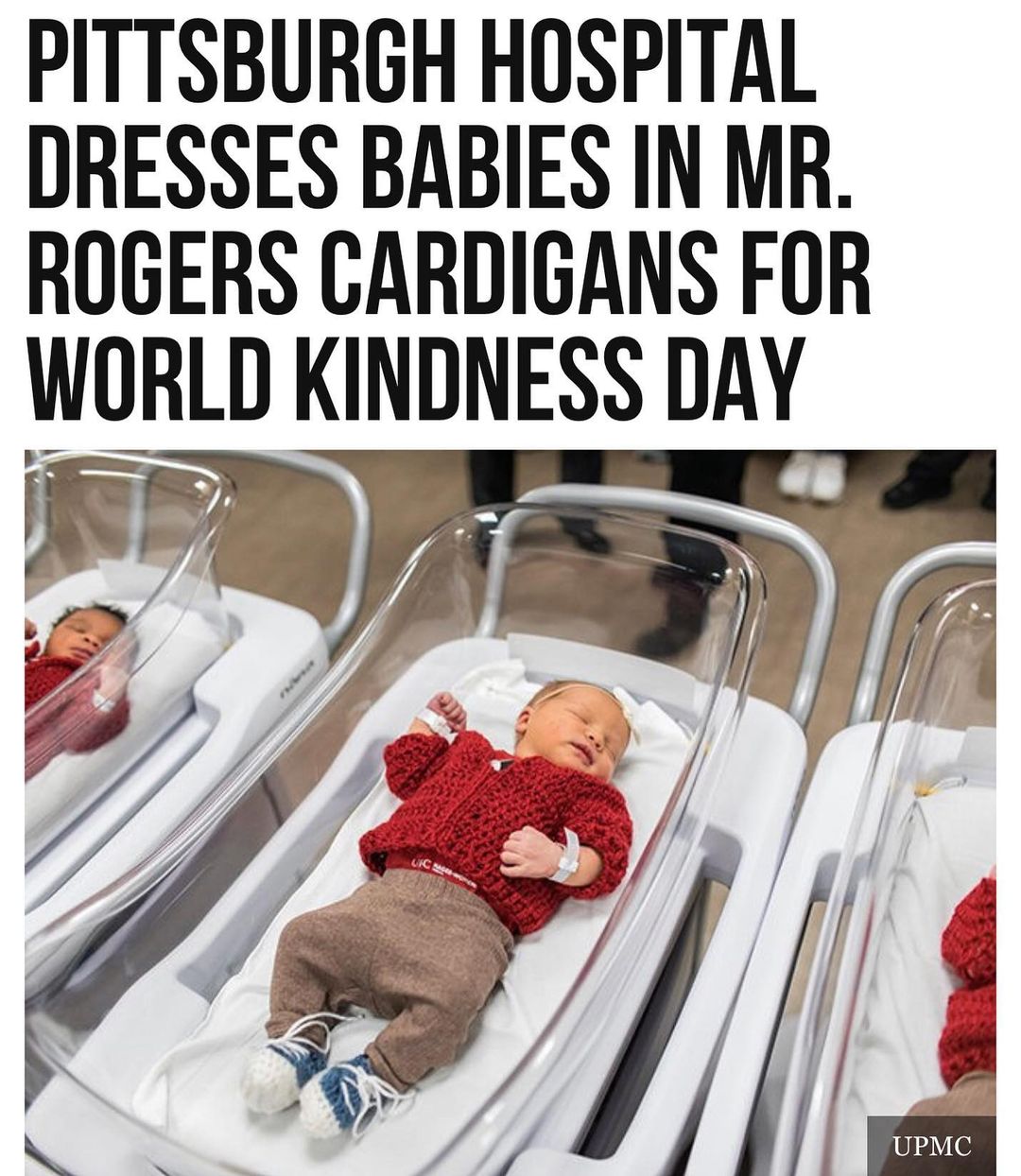 UPMC Magee-Womens Hospital welcomed Mrs. Joanne Rogers with an array of babies dressed in tribute to her legendary husband.

Nurse Caitlin Pechin made the sweater and bootie ensembles in which the newborns welcomed the late Mr. Rogers’ wife to the hospital on November 13, World Kindness Day 2019. Many members of the staff were also dressed in scrubs that mimicked Rogers’ iconic look.

Dozens of pictures were posted to the hospital’s official Facebook page, showing a visibly delighted Mrs. Rogers, who was, according to one poster, “as warm as her husband.” She was joined by Fred Rogers Productions President and CEO Paul Siefken, as well as WQED President and CEO Deborah Acklin, and UPMC Magee-Womens Hospital President Richard Beigi.
The outfits were the hospital’s own participation in WQED’s “Cardigan Day” celebration of the acclaimed children’s entertainer Fred Rogers on World Kindness Day. In the spirit of the day, the hospital erupted in a chorus of the Mister Rogers’ Neighborhood theme as Mrs. Rogers arrived.

Hospital spokesperson Amy Charely told Fox News that the gesture was in honor of “the legacy of Mister Fred Rogers’ universal kindness and acceptance” and that dressing babies for special days was “one of the most popular traditions at the hospital.” “Mrs. Rogers kept telling us how much she loves babies. She got a real kick seeing them dressed up as Fred,” Charley said. “Mr. Rogers is an iconic Pittsburgher and a lot of the values he represented overlap with the values at UPMC Magee.” #binspirednews