Former French president Valéry Giscard d’Estaing, who brought about rapid social change after more than 15 years of strict Gaullism and who was a leading force in laying the foundation of the European Union, died on Wednesday at the age of 94.

Although Giscard d’Estaing only served a single term as president from 1974 to 1981, his death marks the end of an era in French politics. Elected to office when he was just 48 years old, Giscard d’Estaing was the youngest leader of the Fifth Republic until Emmanuel Macron won the presidency in 2017 at the age of 39.

During his seven years at the Élysée presidential palace, the conservative Giscard d’Estaing cultivated an image as a modern reformist. Yet his unpopularity with French voters led to a failed re-election bid against his Socialist rival François Mitterand.

Following the loss, Giscard d’Estaing faded into obscurity. Once an icon of social change, he was soon forgotten by the French public. In one telling moment at Mitterand’s funeral in 1996, a former minister, André Santini, struggled to recall that he was even still alive. “I don’t remember us doing the same for Giscard,” Santini said.

‘Giscard at the helm’

Decades before Macron founded his Republic on the Move party (La République en Marche or LREM), Giscard d’Estaing was already a president “on the move”. After a fiercely fought presidential campaign, Giscard d’Estaing famously entered the Élysée on foot before a cheering crowd on May 27, 1974.

“This day marks a new era in French politics … I will lead the change, but I will not lead it alone … I can still hear the French people clamouring, asking us for change. We will make this change with him, for him, with respect for his numbers and diversity, and we will lead it, in particular, with his youth,” he said in his inauguration speech.

At the time of his election, Giscard d’Estaing was far from unknown, having already spent nearly two decades in the halls of power. He began his political career in 1956 as a member of parliament.

Following Pompidou’s death in 1974, Giscard d’Estaing launched his own bid for the presidency, setting himself apart from his opponents with an innovative, new communication strategy: personal branding. For the first time ever, the French public was treated to images of a future president skiing in the Alps, supporting his favourite football team, playing the accordion on television or even posing in a swimsuit. He also enjoyed the support of French celebrities such as Brigitte Bardot, Johnny Hallyday and Alain Delon, who sported campaign T-shirts and stickers bearing the popular slogan: “Giscard at the helm” (“Giscard à la barre”).

After knocking veteran Gaullist Jacques-Chaban Delmas out of the race in the first round, Giscard d’Estaing scored points with voters during a second-round debate with Mitterand when, in response to an attack over his social policies, he famously quipped: “You do not have a monopoly on the heart.”

A few days later, he narrowly won the presidency with 50.81 percent of the vote in what remains to this day the closest election in the history of the Fifth Republic.

Once in office, Giscard d’Estaing wasted no time pursuing his ambition to modernise French society. “France must become one huge reform project,” he declared at his first Council of Ministers.

True to his word, change followed, sometimes even against the grain of his own conservative majority. Over the course of his administration, Giscard d’Estaing lowered the legal age of majority from 21 to 18, introduced divorce by mutual consent and eased the government’s control over the audiovisual sector. He also presided over the legalisation of abortion, a measure championed by his health minister, Simone Veil.

While Giscard d’Estaing was successful at introducing social reforms, he faced numerous economic challenges, including a surge in unemployment following the 1973 oil crisis. In response, he named economist Raymond Barre as his prime minister in 1976, ushering in a period of strict austerity that would mark the end of his popularity as a leader.

His image was further tarnished in October 1979 when a French investigative newspaper, Le Canard Enchaîné, published revelations that the former emperor of Central Africa, Jean-Bédel Bokassa, had secretly gifted Giscard d’Estaing diamonds in 1973 while he was still serving as finance minister. The French president sought to downplay the scandal as nothing more than a simple gift received while performing his official duties and denied the jewels’ reported value.

But the damage was done. Public opinion turned against Giscard d’Estaing, who was now perceived as an out-of-touch aristocrat. His lifestyle came under fierce criticism, including his family background, his hunting parties and apparent fondness for castles.

To make matters worse, his first and only term was marked by stark divisions among his conservative base. This was perhaps best exemplified by his relationship with his first prime minister, Jacques Chiraq, who found Giscard d’Estaing to be arrogant and snobbish. The bitter rivalry between the two men exploded to the fore after Chiraq refused to endorse Giscard d’Estaing’s re-election bid in 1981, saying only that he would vote for him “in a personal capacity”, essentially dooming his campaign.

Following his defeat by Mitterand, Giscard d’Estaing was left humiliated. In a symbolic gesture, he left the Élysée palace the same way he entered it, by foot. But instead of cheers this time around he was booed by protesters all the way to his car.

His tragic exit from the presidency was made only more so by his televised farewell speech, which has since become the stuff of French legend. Giscard d’Estaing solemnly addressed his countrymen while stiffly seated at a desk decorated simply with a bouquet of flowers. At the end of the seven-minute monologue, the outgoing president pauses meaningfully before delivering a pronounced, “Au revoir”. He then stands, both hands on the desk, turns and strides out of the room to a recording of the French national anthem, the Marseillaise, leaving the camera filming an empty chair for an excruciating full minute until the song concludes.

Despite his ignominious end, Giscard d’Estaing refused to retire from French politics. Hoping to start over from scratch, he ran for and won the position of general councillor in the central town of Chamalières in 1982 before returning to parliament two years later. By the late 1980s, there was widespread speculation he was plotting a comeback.

“I don’t want you to say: ‘Giscard let us down’. If there are ever difficult circumstances or serious problems in our country, you can always count on me,” he said in a televised appearance.

Yet his dreams of returning to the national scene were ultimately dashed after his former rival, Chiraq, wrested control of the country’s conservatives to win the presidency in 1995.

Advocate of the European Union

One of Giscard d’Estaing’s greatest legacies, however, may be his contribution to the creation of the European Union. A longtime advocate of a united Europe, he first expressed his support for the idea while still a young MEP in 1957.

Under his presidency, France took an active role in furthering the European project. In December 1974, he and then German chancellor Helmut Schmidt created the European Council, launching a monetary system that would serve as a precursor to the Euro. Giscard d’Estaing also approved the election of a European Parliament through direct suffrage, paving the way for the first European elections in 1979.

In 2001, he was named president of the Constitutional Convention on the Future of Europe with Chirac’s support.

Giscard d’Estaing was also at the origin of another international group: on November 15, 1975, he brought together representatives of the United States, Japan, France, West Germany and the United Kingdom at Rambouillet Castle west of Paris. The summit marked the first meeting of what would become known as the Group of Five – now the Group of Seven, or G7, with the addition of Italy and Canada – an intergovernmental economic organisation that meets every year.

Guardian of the French language

After retiring from politics, Giscard d’Estaing sought refuge in an unexpected outlet: literature. With the support of French writer Jean d’Ormesson he was elected in 2004 to the Académie Française, which is tasked with safeguarding the French language.

His membership to the Académie initially appeared to be as much politically motivated as literary. Until then, Giscard d’Estaing’s oeuvre mostly consisted of political essays and memoirs, with the notable exception of a semi-erotic novel titled “Le Passage”, which recounts a love story between a notary and a hitch-hiker.

In 2009, he again attempted his hand at writing with “The Princess and the President” (“La Princesse et le Président”), which details the relationship between two characters who closely resemble the late Lady Diana and himself. The book revived long-dormant rumours of a possible affair, despite Giscard d’Estaing’s insistence that he “made everything up”.

In 2012, an aging Giscard d’Estaing warned then president François Hollande: “I might die during your presidency.”

“I don’t want an official ceremony, nor a state tribute,” he added, only to be reassured by Hollande that his wishes would be respected.

Perhaps Giscard d’Estaing hoped to leave this life as simply as he arrived at the Élysée, nearly 50 years ago.

Covid: Oxford-AstraZeneca vaccine to be tested on children 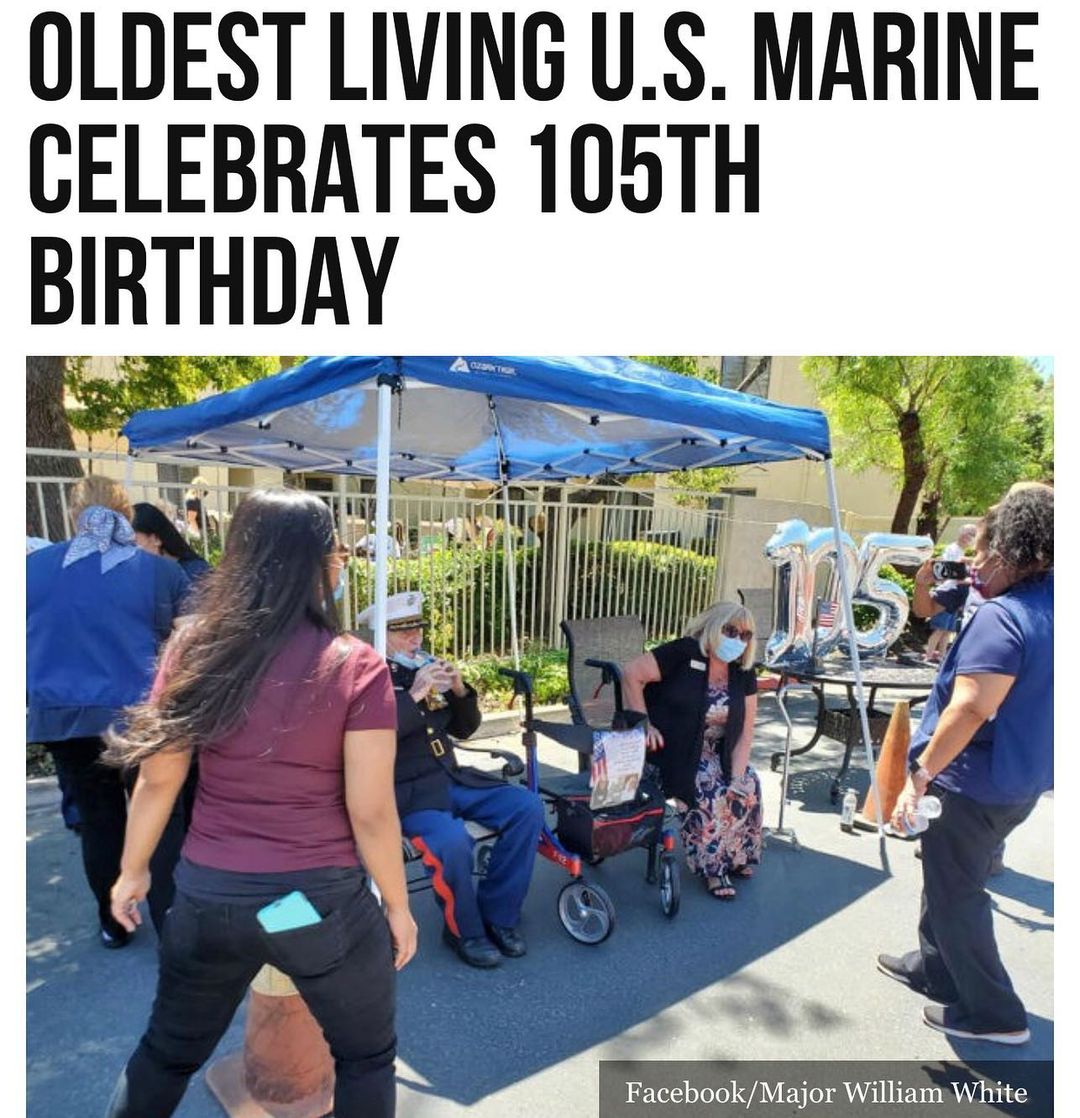