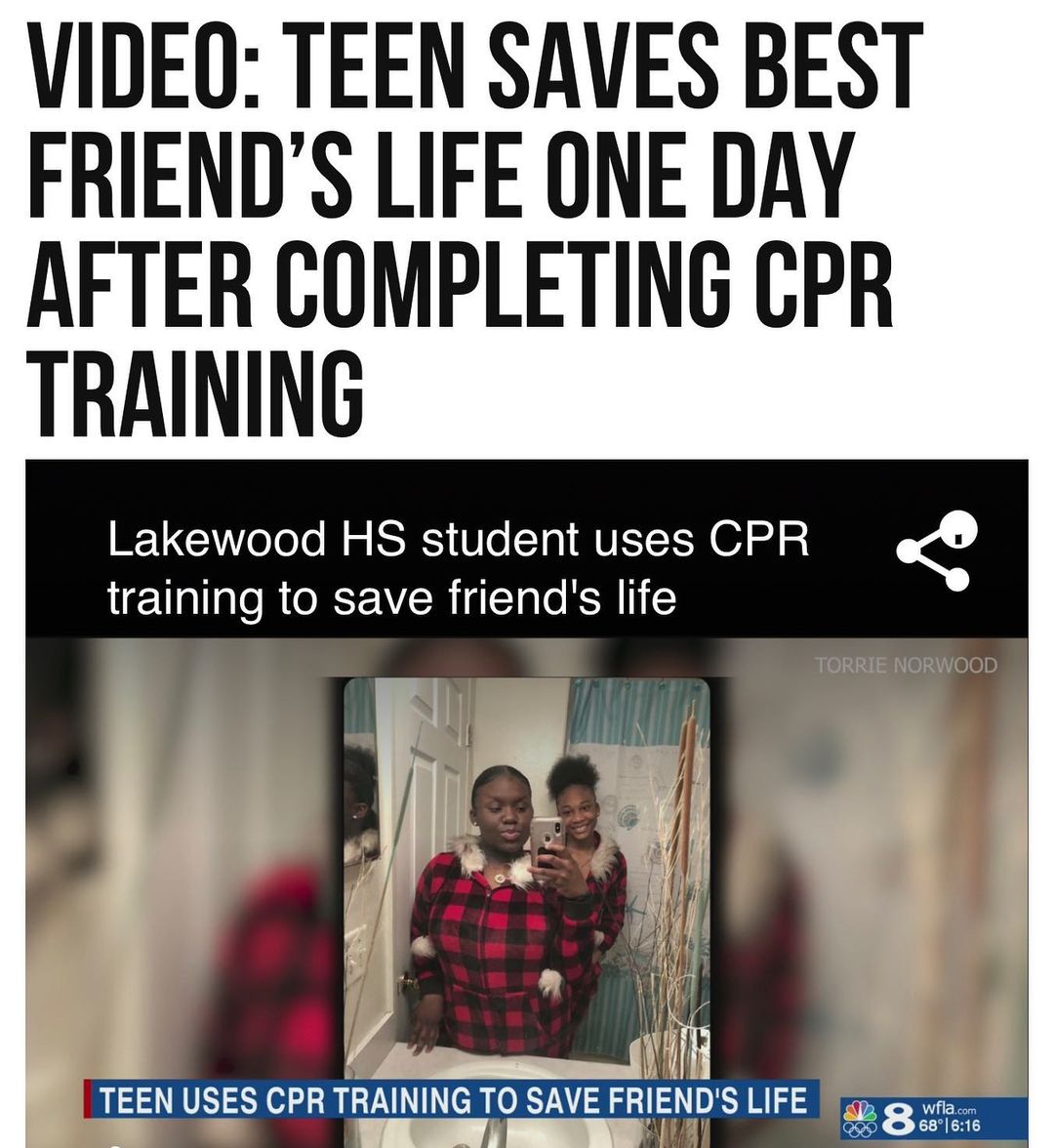 When 16-year-old Torri’ell Norwood of #Florida took her school’s #CPR training class, she had no idea those skills would help her save a life the very next day.

Norwood and three friends were involved in a car crash on February 20 in St. Petersburg, WTSP reported.

“I see a car like coming very, very fast. We got hit, we had crashed into a tree,” Norwood said.

Following the crash, the teenagers ran to a safe area while people nearby yelled the car was about to blow up and urged everyone to get out.

When Norwood reached the end of the street, she realized her best friend, A’zarria Simmons, was not with the group.

“I don’t remember none of it,” said Simmons, who at the time lay unresponsive in the back of the car suffering from a deep gash in her head.

To find her friend, Norwood ran back to the car and pulled Simmons out.

“I checked her pulse, there was no pulse, so I just started doing CPR and what Ms. Miller taught me. Thankfully I only had to do 30 compressions and 2 breaths and she started to move again,” Norwood explained.

The teenager had received her CPR certificate the day before the car accident took place.

“I saw my friend of the ground and I just knew what I had to do,” she said.

Simmons has since recovered and is grateful to her best friend for saving her life.

“If it wasn’t for her I would probably be somewhere where I don’t want to be. And on top of that, she risked her life for me and I just don’t know how to pay her back for that,” she commented.

Norwood’s teacher, Erika Miller, is proud of the young woman for utilizing her skills in such a tense situation.

“To know that she took something she learned in class and applied it and was able to help save her best friend’s life is what every teacher hopes that they learn in class is how they can use this in the real world,” Miller stated.

Norwood said she hopes to become a nurse someday. #binspirednews